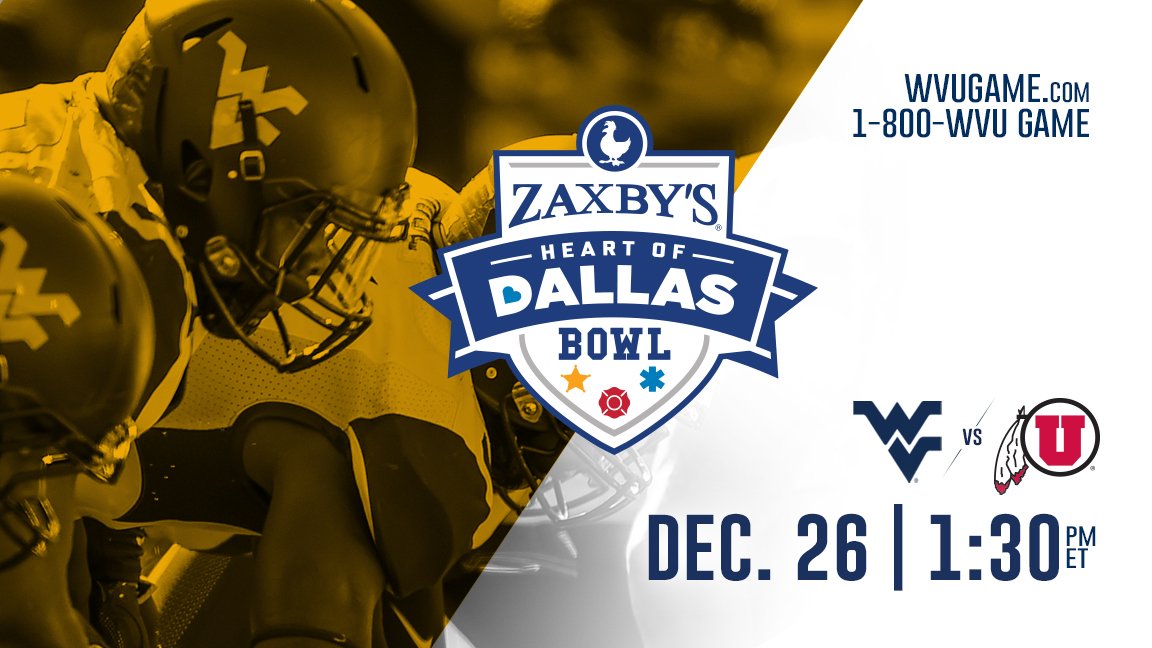 West Virginia vs. Utah in Heart of Dallas Bowl

These two teams have not faced off since the 1964 Liberty Bowl in Atlantic City, NJ. That was the first major college football game to be played indoors. This game will be played in a very different environment: in a 92,000-seat stadium and outdoors.

The Mountaineers are bowl bound! West Virginia is heading to the @HODBowl ???? to face Utah. #HailWV

WVU finished the season 7-5 and on a two-game losing streak after losing quarterback Will Grier in the Texas game to a finger injury. While taking on the 6-6 Utah Utes, West Virginia is looking to avoid ending the season on a three-game losing streak. The Utes were 3-6 in the Pac 12. Utah closed out the season with a 34-13 win over Colorado.

Even though the Big Ten has a contractual tie to the Heart of Dallas Bowl, there will not be a Big Ten team in the game. This was because the conference did not have enough bowl-eligible teams. Instead they went with a team from the Pac 12, who had nine bowl-eligible teams.

This will be West Virginia’s 36th bowl game. Overall the Mountaineers’ record in bowl games is 15-20. Most recently West Virginia lost to Miami in the Russell Athletic Bowl in 2016 by a final score of 14 to 31. This game happened December 28, 2016.

If you are looking for tickets, head to WVUGAME.com  or call 1-800-WVU-GAME.