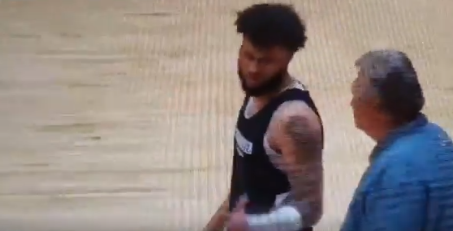 The Mountaineers picked up where they left off in their previous game of their tour of Spain as WVU hammers CC Basketball Academy by a score of 115-50. It was never in doubt at the Mountaineers were dominant from almost wire to wire.

WVU took an impressive 60 to 22 lead into the half. All 10 WVU players score during the first half, with Jordan McCabe and Taz Sherman leading the way with nine points each.

All 10 WVU players scored in the first half:

The second half was more of the same with West Virginia continuing their dominance. After three quarters the Mountaineers led 87-31.

With the game in complete control WVU put it on cruise control and won by a final score of 115 to 50. Emmitt Matthews led the way with 15 points, among eight Mountaineers in double figures.

And just so you know, Country Roads made the trip for this game as well.

Just so you know, Country Roads made the trip to Spain for both games thus far. pic.twitter.com/mG5u43GJ4r

Two games into the three game trip the Mountaineers were probably hoping for stiffer competition, but either way this is a very valuable experience for the young Mountaineers.

The final game of the trip will be against the Barcelona All-Stars on Sunday at 2 p.m ET.

Final from Valencia. WVU will travel to Barcelona Saturday and face the Barcelona All Stars Sunday at 2 pm ET. ?? pic.twitter.com/w2XVExfc1r