WVU Goes off the Grid to Take on Youngstown State 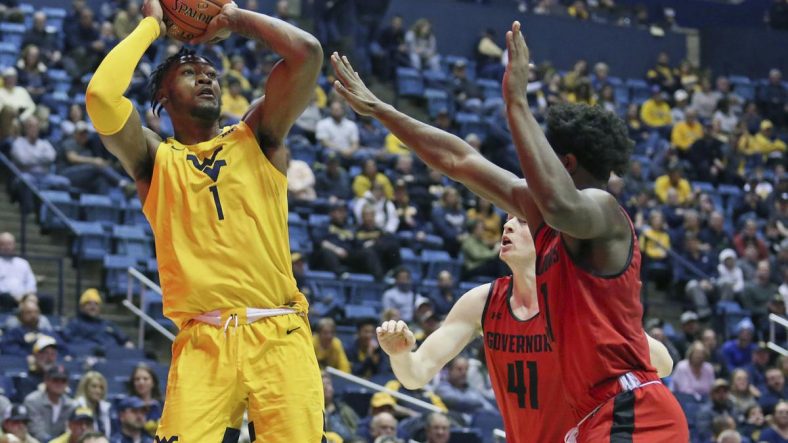 Did Bob Huggins owe someone in Youngstown State a favor? In a late December matchup, the Mountaineers travel to Youngstown to take on the Youngstown State Penguins in a game that will be seen only by those in attendance.

Youngstown State comes into the game with a 7-5 record, including 5-0 at home. West Virginia comes in the game with a sparkling 9-1 record and also as a newly minted AP Top 25 team.

This game serves as a homecoming for Derek Culver. The sophomore WVU big man hails from Youngstown State and will certainly be looking to entertain friends and family of his that will be in attendance. Culver attended Warren G. Harding High School and played for coach Andy Vlajkovich.

On Saturday, we return to action at Youngstown St. at the Covelli Centre in downtown Youngstown. Tickets are available at https://t.co/T7iyFGmg69.

There is no live television or livestream. Catch the radio broadcast on your favorite MSN affiliate, the WVU Gameday App or TuneIn. pic.twitter.com/0lkB6br0f0

WVU needs to keep track of Penguin guard Darius Quisenberry, who comes into the game averaging 14.6 points per game.

The Mountaineers feature a balanced attack, led by four players who average in double figures. They are led by freshman stud Oscar Tshiebwe, who goes for 12.3 points and 9.5 rebounds per game. Derek Culver averages 11 points per game to go with 9.6 rebounds. Look for this tandem to give the Penguins fits under the bucket.

Rounding out the double-digit scorers for the Mountaineers are Jermaine Haley (11.1) and Emmitt Matthews Jr. (10.6).

It’s a touch over two hours to get from Morgantown to Youngstown, so there will be plenty of Mountaineer fans in attendance today. WVU is a 13.5 point road favorite in the game, according to our friends at DraftKings.

Look for the Penguins to come out with a spirited effort. Eventually, the Mountaineer depth takes over and they pull away for a double-digit win.

If West Virginia wants to establish themselves as a ranked team that is battling for a high seed in the NCAA Tournament, this is the kind of game where they need to take care of business. Youngstown State will be fired up to have the Mountaineers in their home gym and will definitely come out with high energy. The Mountaineers have a big edge in talent and need to use that to shut down the Penguins.

It's Game Day in Youngstown!!

After a week off for final exams, the Mountaineers and Penguins will meet at 1 p.m. at the Covelli Centre in downtown Youngstown. pic.twitter.com/Hbg9obKst0