WVU Gets Revenge on Kansas State 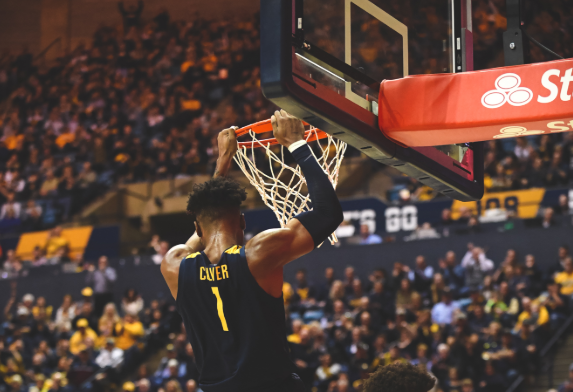 Earlier this season Bob Huggins and the Mountaineers were soundly defeated by Kansas State in Manhattan by a final score of 84-68.

On Saturday the Mountaineers had revenge on their minds when they took on the Kansas State Wildcats. And revenge is exactly what they got.

It wasn’t the revenge blowout the Mountaineer fans were hoping for, but eventually, WVU gained control and was able to lead the entire second half and hold on for a win by a final score of 66-57 in front of a sellout crowd.

West Virginia picks up a 66-57 victory over Kansas State on Saturday afternoon!#HailWV pic.twitter.com/iqsc8ImH7L

Xavier Snead made a pair of free throws with 1:50 to go in the first half to pull Kansas State within two points at 30-29. Neither team scored the rest of the half and the Mountaineers took the one-point lead into the half.

Despite only trailing by one point at halftime, Kansas State was never able to take the lead during the entire second half.

Mountaineer big man Derek Culver led the way with another double-double with 19 points and 14 rebounds.

Derek Culver leads the Mountaineers at the half with 9️⃣ points and 7️⃣ rebounds.#HailWV pic.twitter.com/48lOiO0MEz

No other Mountaineer was in double-figures, but freshman Oscar Tshiebwe contributed eight points and eight rebounds. Chase Harler also had eight points including two big second half three-pointers.

Up next for WVU is a home contest against Iowa State on Wednesday, which will be televised by ESPN2. The Cyclones are coming off a road loss against the Texas Longhorns.