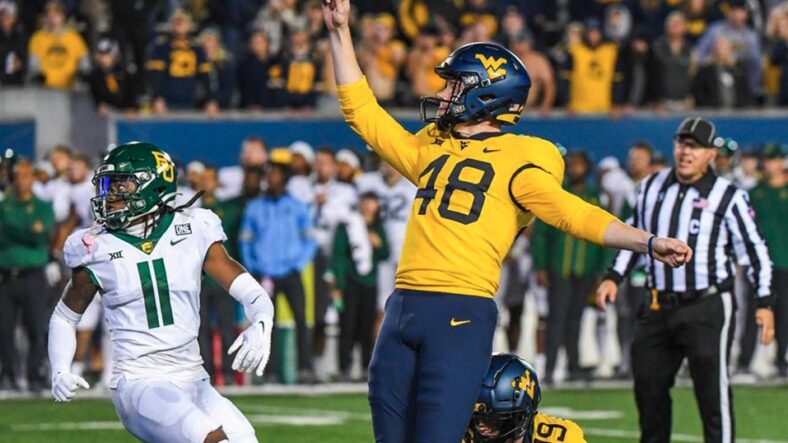 MORGANTOWN, WV—-According to sources West Virginia Mountaineer kicker Casey Legg has announced his retirement from football. He apparently is not entering the portal like other players. He has made the decision to leave football entirely.

“I am officially retired” Legg said to Metro News.

Legg is a native of Charleston WV. He said he doesn’t even want to play at the NFL level. He played in 37  games at WVU. He made 40 of his 49 field goal attempts and made 88 PAT’s. Legg had one season of eligibility remaining.

Neal Brown will be looking for a kicker for the 2023 season. Who knows if all the crazy moves because of the portal influenced Legg’s decision. He would have had several new teammates next season. He will leave a big hole to fill on the team. Hopefully Brown will find a kicker as good as Legg.