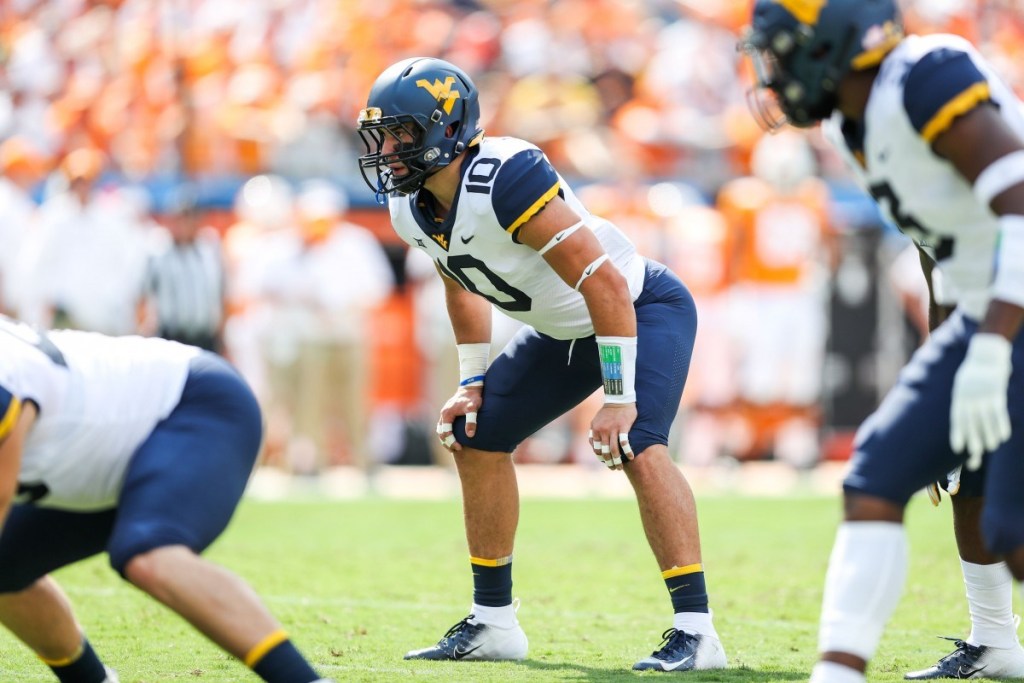 After taking a look at the defensive linemen it’s time to move onto the linebackers on the WVU football team. With Tony Gibson out and Vic Koenning in, it’s established this year’s defense is going to look much different. With star David Long Jr. declared for the NFL Draft, someone is going to need to step up and lead the Mountaineer linebackers.

Here are the three linebackers we project as starters on the Mountaineer defense:

After starting eight games as a freshman, it appeared Dylan Tonkery was going to be a key component of the 2018 Mountaineer defense. After starting the first four games, Tonkery missed the rest of the games outside of an appearance in the Kansas game. He finished the season with 19 tackles, a sack and a pass defensed.

The Bridgeport product is healthy again and we expect him to be back to quarterbacking the defense. Him staying healthy is key to the Mountaineer defense in the coming season as they need to establish some continuity, something that was greatly missed last season.

VanDarius Cowan is a transfer from Alabama. He was dismissed from the team following a June 2018 arrest for assault.

As long as he can stay out of trouble he will definitely be a contributor to a successful 2019 WVU defense. It’s safe to say defensive coordinator Vic Koenning has not had a guy like this on his defense before arriving in Morgantown.

During his freshman he had 14 tackles and a fumble recovery. While Chandler was not a big-time recruit, he has worked hard to increase his role during his time in Morgantown. Look for him to break into the starting lineup for the 2019 season.

While there is no David Long Jr. to be the star of the show this season, West Virginia has a lot of players back and several players coming off of injuries. Other players to keep an eye on include Charlie Benton, Adam Hensley, Shea Campbell, Quondarious Qualls, Brendan Ferns and Exree Lowe. Jared Bartlett is the lone scholarship linebacker recruit signed from the 2019 class. He will be joining the team this summer.

With the new coaching staff, the linebacker positions are wide open, so it’s anyone’s guess as to who will be getting the most playing time on the Mountaineer defense.

Last year the linebacker position became so thin that safety JoVanni Stewart was moved from safety to linebacker. Stewart will likely return to safety this season.