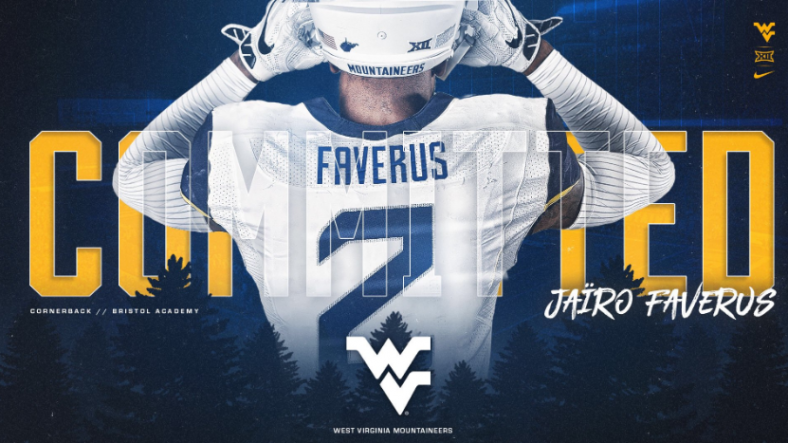 To grab their most recent commitment, WVU football had to go across the pond. 2020 cornerback Jairo Faverus committed to the Mountaineers on Tuesday, according to a report from EerSports. At the point of his commitment Faverus held offers from Penn State, Minnesota, Georgia Tech and others, according to the report.

As a European player there is a lot of unknowns when it comes to Faverus. Despite this, 247Sports has put their stamp on him with a three-star recruiting ranking. He is rated the No. 1,238 recruit in the United States and the No. 1 recruit in the UK. Granted, he’s the only recruit out of the UK in the class of 2020 thus far, but still.

On Friday he attended the West Virginia camp and tweeted about his excitement for attending the next camps:

Had a great time at West Virginia camp a couple of days ago, feeling ready for the next camps!@PPIRecruits @BCollier56 @pdaletzki pic.twitter.com/AE08pUcvEa

When asked why he chose West Virginia he said it felt the most like home.

Welcome to the program, Jairo. Congratulations on coming all the way from across the pond to become a Mountaineer.