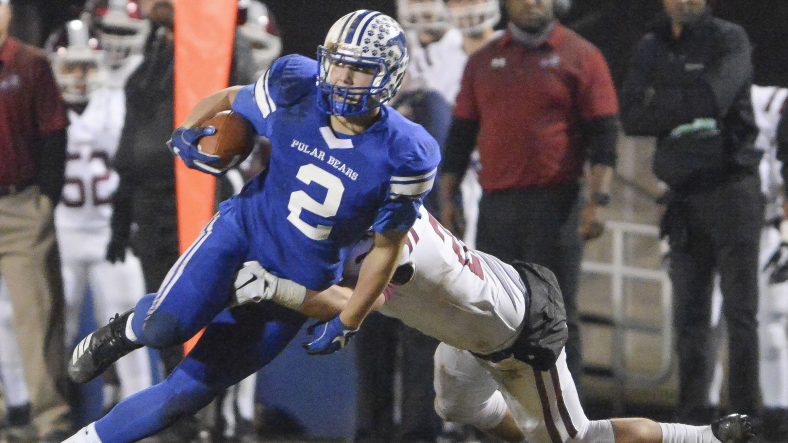 Rhett Heston, the Times West Virginian West Virginia State Defensive Player of the Year in 2018, has decided to stay home and play college football as a walk on at West Virginia University.  Heston played for Fairmont Senior and led the Polar Bears with 12.5 sacks last season.  He was also a All-USA 2nd team selection at Tight End.

Thanks to everyone!! Next stop 〽️ pic.twitter.com/ZT8oxMe9PH

The 6’3 220 pound Heston can play multiple positions, but it appears that he’ll likely play Tight End or potentially Linebacker at West Virginia.   Although Heston did not receive much interest from D1 football programs, he is big, athletic and very talented.  If you’ve seen him play, you realize how special he really is.  Rhett Heston is a walk-on that could not only contribute but become something special at WVU.