WVU finds kicker in the portal 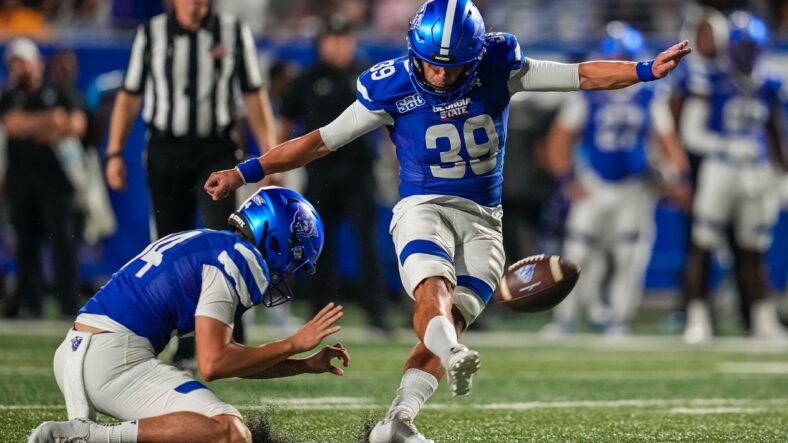 Hayes was 11-14 on field goals, also hitting 5-6 from 40-49 yards. He had a career long of 51 yards. Two of his three misses during the year were blocked. Hayes had a long punt of 66 yards in 2021. He has Georgia State’s single game record for extra point attempts hitting 8 of 8 against North Carolina last season. Hayes also ranks third in Georgia State history in punting yards (6,848), punting average (41.5) and field goal percentage 80 percent.