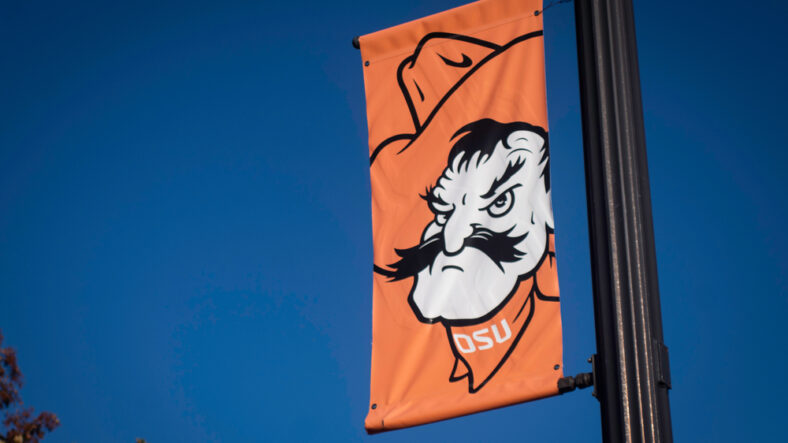 STILLWATER,OK— The Mountaineer football team literally slipped by Oklahoma State with a narrow 24-19 victory on a rainy cold day at Boone Pickens Stadium with 250 yards on the ground. Redshirt freshman Jaylen Anderson provided 155 yards and two touchdowns during a three minute span in the third quarter en route to their first victory in seven years.

It ended the Cowboys 14 home game winning streak. It was the first time the Mountaineers beat both Oklahoma teams in the same year since joining the Big 12 in 2012.

Head coach Neal Brown has been on the firing block with the Mountaineer fan base after having three losing seasons out of four. However, with a 20 million dollar buyout of his contract it is likely that he will remain the HC for next season. Even with the firing of Athletic Director Shane Lyons and the ire of the fans it makes sense to keep Brown especially with the signing of new recruits and the possibility of losing others to the transfer portal.

The competing recruiters would love to see Brown fired. Many of the loyal fans realize this fact and regretfully will have to settle for Brown to remain another year. Of course who knows what will happen when a new AD is announced very likely in the next three weeks or so.