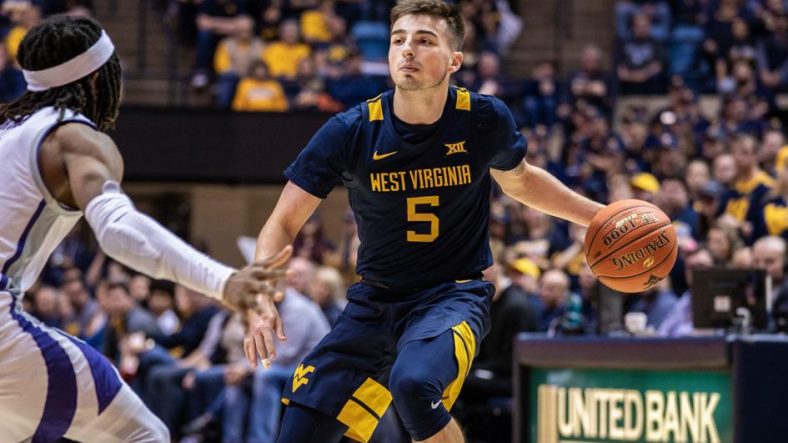 After the way last season went, Mountaineers fans should be happy that despite dropping a spot in the AP Top 25, WVU is still ranked No. 13. This is after a 1-1 week where the Mountaineers lost on the road to Texas Tech and scored a win at the Coliseum over Kansas State, resulting with a season series split against both teams.

The Mountaineers check in at No. 13 in this week's Associated Press poll. pic.twitter.com/YDdrXclwe5

In the USA Today Coaches Poll, West Virginia holds strong at No. 11.

WVU remains at No. 11 in this week's USA Today Coaches poll. pic.twitter.com/FGjqSErWTy

After another 2-0 week, Baylor continues to be ranked No. 1 in the country. Kansas sits at No. 3 and Texas Tech is just outside of the AP Top 25 and with another 2-0 week would surely become the 4th Big 12 team ranked.

Wednesday night at 7 p.m. the Mountaineers get a visit from Iowa State. The Cyclones are currently sitting at 9-12 on the season and 2-6 in Big 12 play. They have lost their last three games and four of their last five. In their most recent contest, the Cyclones lost at Texas by a final score of 72-68.

The West Virginia vs Iowa State contest will be televised by ESPN2.

On Saturday the Mountaineers get a chance to gain their second road conference win of the season when they travel to Norman to take on the Oklahoma Sooners. If this team is going to challenge for the Big 12 regular season title then they need to start stacking some road conference wins to go with the home wins.

Coming down the home stretch the Mountaineers are very securely in the NCAA Tournament and with a very strong finish can be fighting for a No. 1 seed.

Bob Huggins vowed to turn this thing around and he did it fast.