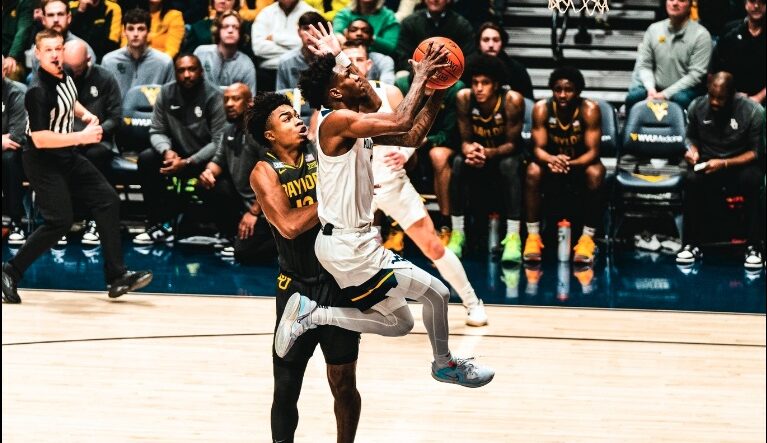 MORGANTOWN, WV—-What happened to a once promising men’s basketball season for the West Virginia Mountaineers! Four Big 12 games ago the Mountaineers cracked the top 25 in the nation.

Now, 0-4 in the Big 12 it’s a shock to the Mountaineer faithful. Baylor was also 0-3 in the conference before Wednesday night’s 83-78 triumph over WVU. WVU’s offensive drought continued in the first half. The Mountaineers converted only 32.3 percent of its 10-31 shots and was a very meager one of 12 from 3 point range (8.3) percent in the opening 20 minutes. The Mountaineers made an offensive move in the second half but fell short when the Bears made a 6-0 run in the final few minutes.

Joe Toussaint led the scoring for WVU with 20 points while Tre Mitchell added 14 points and a very good 15 rebounds. Baylor freshman Keyonte George was a big factor with 32 points.

WVU fell to 10-6 while Baylor improved to 11-5. Up next for the Mountaineers is a trip to face Oklahoma for a Saturday noon showdown.