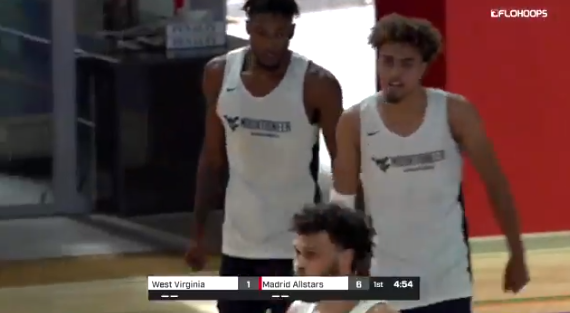 Today West Virginia took on the Madrid All-Stars during the opening game of their tour of Spain. Here is the starting five the Mountaineers opened up the game with:

West Virginia starters vs. the Madrid All-Stars. Tip at 1:30 p.m. ET on @FloHoops

The game stayed close for most of the third quarter with West Virginia creating some distance near the end, taking a 68 to 52 lead into the 4th quarter.

After a slow start to the fourth quarter the Mountaineers pulled away late and won by a final score of 97-69.

Game one in Spain was a success as there were some familiar faces as well as some new guys who look ready to contribute.

Emmitt Matthews Jr. led the Mountaineers in scoring with 17 points. There were six Mountaineers who reached double figures including Logan Routt, 16 points and eight boards, Chase Harler and Miles McBride with 14 points each, Sean McNeil with 11 (3/8 from three-point range) and Derek Culver with 10. Culver battled foul trouble and only played 16 minutes in the game total.

It looks like Logan Routt spent most of the offseason perfecting his two-handed stuff as he had several of them against the overmatched opponent.

Jordan McCabe had three points and played about 20 minutes as they are taking it slow with him coming back from his knee injury.

Miles “Deuce” McBride looked great on both ends of the court, pushing the ball up the court on offense and playing great defense helping to cause some turnovers. 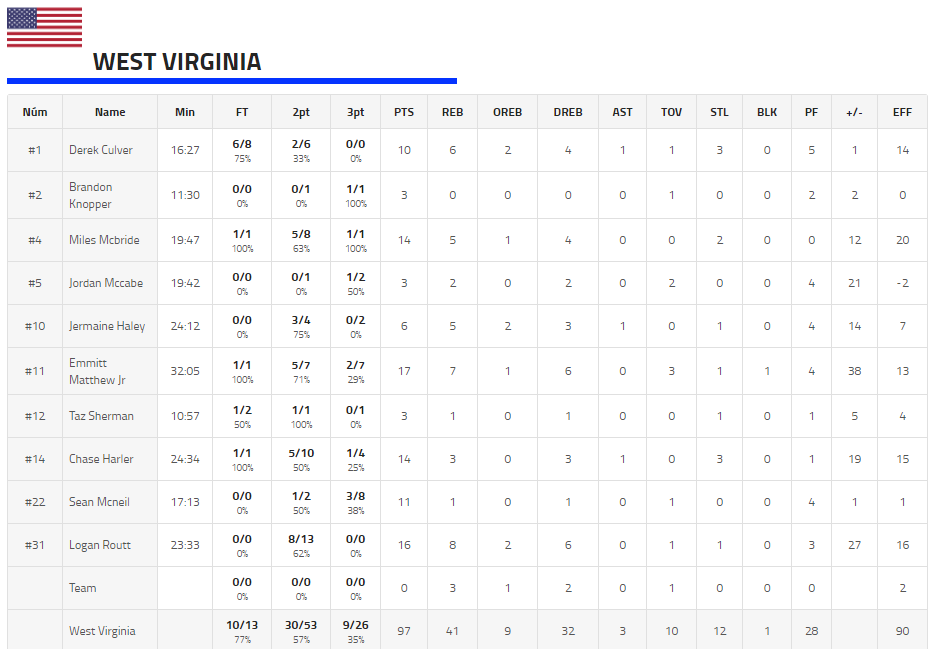 Up next for WVU is a game on Wednesday in Valencia.

WVU wins its first game in Spain. WVU will head to Valencia Wednesday and play again on Friday. pic.twitter.com/3CjpScGzme

Highlights are sparse, but you can find a few plays at the FloHoops Twitter page.