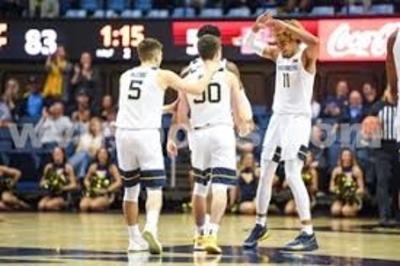 After a loss on the road to the Kansas State Wildcats, the Mountaineers had a chance to get back on track against the Texas Longhorns.

Getting back on track is an understatement.

WVU completely demolished Texas by a final score of 97-59.

Four of West Virginia’s five starters reached double figures, led by Oscar Tshiebwe and Derek Culver with 13 points each. Tshiebwe had a double-double with 11 rebounds. Jermaine Haley added 12 and Jordan McCabe had 10. Logan Routt, Gabe, Osabouhien and Miles McBride added nine points each off the bench.

Despite the game being a blowout, the highlight of the game came in the final minute when freshman walk-on Spencer Macke hit a three-pointer and the remaining fans went absolutely nuts.