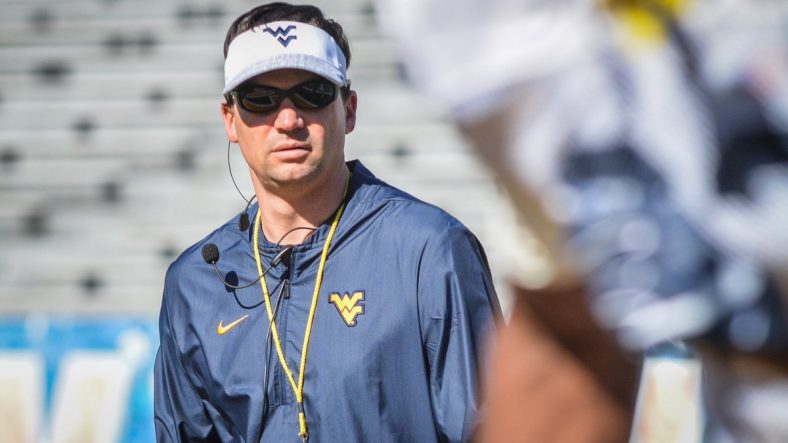 Defensive tackle Tyrese Allen is the latest Mountaineer to enter the NCAA transfer portal as first reported by Chris Anderson of EerSports. The redshirt freshman did not see any action during the 2018 season. There has yet to be a depth chart released by Coach Neal Brown, but it is projected that Allen will be below junior Darius Stills and senior Brenon Thrift, who appeared to be ahead of him at the spring game at the nose tackle position.

Allen joins wide receiver Marcus Simms and center Matt Jones as players who will likely not be back for next season. It’s important to remember that Allen could easily remove himself from the transfer portal if he chooses to do so. Tight end Mike O’Laughlin entered the portal before Neal Brown was named the coach, but decided to come back after Brown and his staff arrived.

Tyrese Allen was a three-star recruit out of Paintsville High School in Kentucky.

A big welcome to defensive lineman Tyrese Allen (@TyreseAllen20) out of Paintsville HS in Kentucky.

Though it’s great to have plenty of depth on the defensive line, it’s very likely that Allen would not be seeing much time on the field during the 2019 season. Him leaving further solidifies Darius Stills and Brenon Thrift as the top dogs at the nose tackle position.