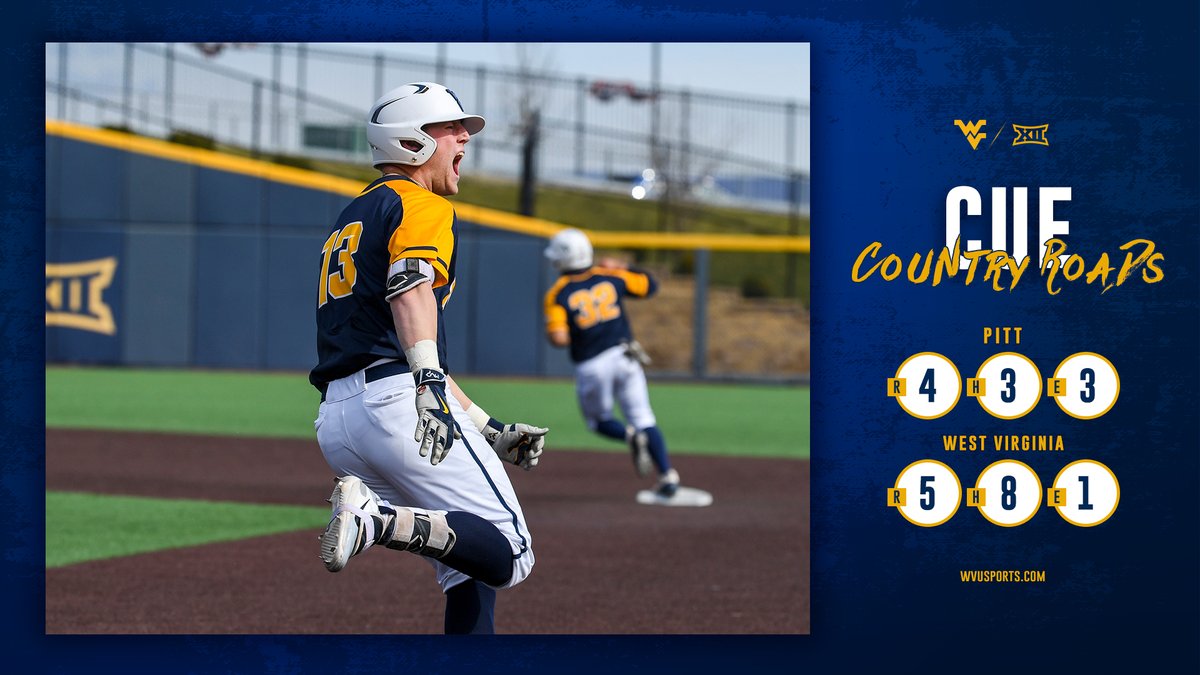 A win over Pitt is always good. WVU defeats Pitt by a final score of 5-4 in the season’s first edition of the baseball Backyard Brawl.

A win over Pitt is always good. WVU defeats Pitt by a final score of 5-4 in the season’s first edition of the baseball Backyard Brawl.

The win takes the West Virginia lead in the all-time series to 108-88, including five in a row.

WVU took the lead in the eighth inning on a sac fly by Kevin Brophy that scored Darius Hill.

The game set an attendance record. There were 3,487 fans in attendance.

WVU football running backs coach Chad Scott was in attendance for the game. Not only was he at the game, but he was in full uniform and ready to pinch run if need be. Here he is with the Mountaineer, Trevor Kiess.

.@CoachMazey I know you didn’t need me, but I was ready to pinch run at anytime!

Sagaba Konate Announces He Will Declare for the NBA Draft
Trevor Kiess Ends His Run as the Mountaineer Perfectly: By Firing the Musket After a Win Over Pitt