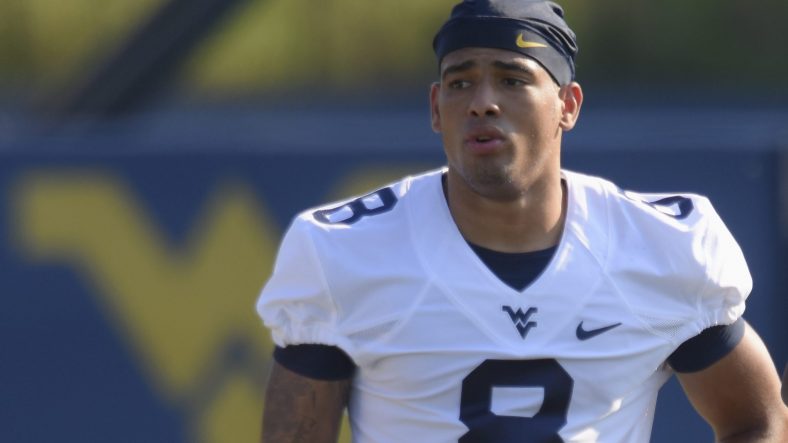 Dana Holgorsen was sure to mention the Mountaineers were missing a deep threat vs the Hokies. This week the WVU deep threat Marcus Simms returns.

Simms sat out the Virginia Tech game due to a one-game suspension for a DUI arrest in August. The sophomore is set to be back in the starting lineup against East Carolina.

“It’s big for us as far as depth,” WVU receivers coach Tyron Carrier said on Tuesday. “We tired out so bad in the end of this past game. So just the depth and his abilities to blow the top off a defense, it helps us a lot.”

During the offseason there were many references to the development of Simms on and off the field between his first and second year as a Mountaineer. There’s no question the DUI arrest was a major setback. Holgorsen noted that Simms needs to “fulfill certain requirements before his reinstatement to competition.” Holgorsen confirmed on Tuesday that Simms is “ready to roll,” and has met all of the necessary requirements to play against the Pirates.

“He helps. He has that speed factor,” Holgorsen said of the 6-foot speed merchant. “Marcus gives us a speed guy that we desperately need at both those wide out positions. We feel good with [junior wide receiver] David [Sills], we feel good with [redshirt senior wide receiver] Ka’Raun [White] playing outside. We have to have the next guy in there that can stretch it and those guys can do that.”

The Mountaineers are set to host East Carolina Saturday at noon. The game will be broadcasted on Fox Sports 2.