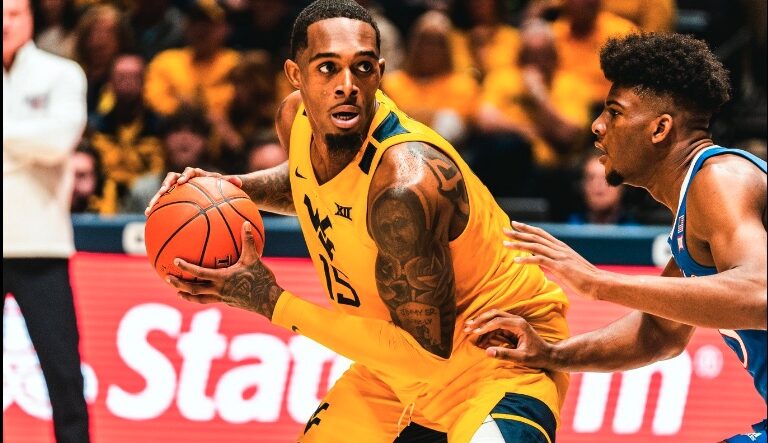 After finally breaking into the AP Top 25 the Mountaineers dropped Big 12 games to Kansas State 82-76 and Oklahoma State 67-60 on the road.

Home cooking didn’t help the Mountaineers against Kansas before a sellout crowd of over 12,000. WVU shot only 20 percent from three point range compared to the Jayhawks 46 percent. Field goals: WVU 35 percent , KU 42 percent. Rebounds: WVU 35, KU 43. At one point in the contest the Mountaineers trailed by 22 points. Coach Bob Huggins will no doubt be scratching his head why the field goal percentage was so low. Even the three point range shooting was terrible for a team with home court advantage.

Tre Mitchell led the Mountaineers with 15 points in a losing effort. WVU dropped to 10-5 while Kansas is 14-1. It appears the Jayhawks could be headed to a repeat men’s title again this year. Coach Bill Self is on a roll with only one loss. It will be interesting to see if WVU rebounds with another Big 12 home game Wednesday against Baylor. Coach Bob Huggins does not want to be 0-4 in The Big 12.