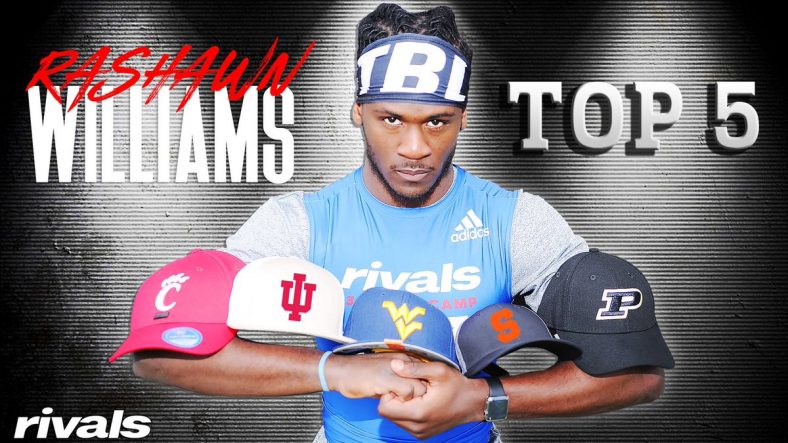 WVU commit Devell Washington surprised many people when he chose Neal Brown and the Mountaineers over several Big 10 powers. Now he’s trying to shock even more people by convincing Rashawn “Trouble” Williams to chose West Virginia over Purdue. It just so happens that Washington is a good friend of “Trouble.”

Rashawn Williams hasn’t even made a visit to the West Virginia campus, so many were surprised when the four-star recruit had West Virginia in his top five.

Well, Devell Washington was monitoring the situation and made sure to reach out to his good friend via Twitter and let him know he’d love to team up with him in Morgantown.

That’s not the only time Washington reached out to Williams on Twitter. The WVU recruit fan page created a tweet with the goal of showing Williams some love and help get him more interested in WVU. Williams helped get the ball rolling with a retweet.

Rashawn Williams is a 6’1″ 185 pound receiver from Martin Luther King High School in Detroit, Michigan. He is set to announce his college choice at noon on Monday. Stay tuned to Mountaineer Sports as we are covering the story very close. Here’s to “Trouble” teaming up with Washington and giving the Mountaineers an incredibly bright future at the wideout position.

And let’s be honest. He put that flying WV hat in the middle for a reason. Right?