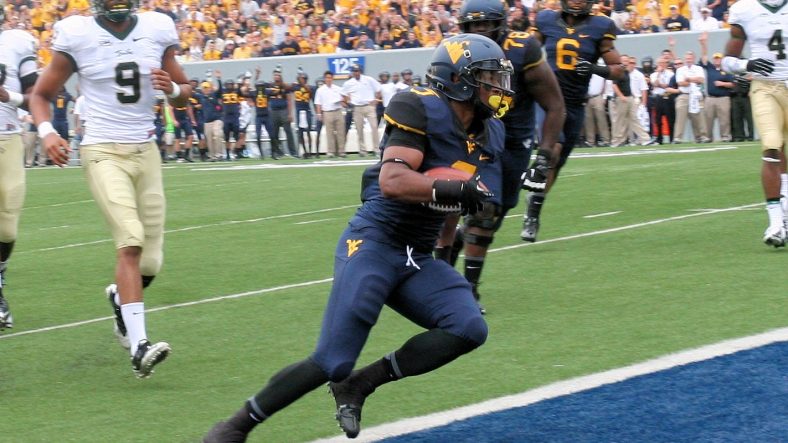 Is the running game here to stay or is West Virginia still a pass first team.
Check it out:

West Virginia’s quarterbacks combined to throw only 27 passes Saturday, which is fewer than Geno Smith threw four times last season … in a half.

“We’ve got to run the ball when they’re playing off like that,” said offensive coordinator Shannon Dawson after West Virginia turned in an SEC-like run-pass ratio of 44-27. “We weren’t going to sit there and throw the ball 70 times when they had an eight-man coverage every time.

“They were really taking the top off the coverage, playing sort of an umbrella coverage.”