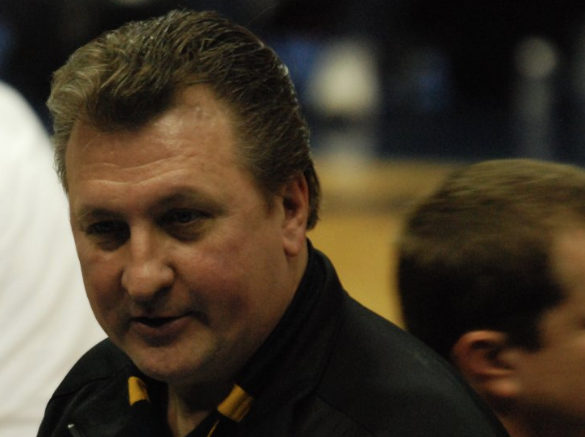 WVU Coach Bob Huggins Among 2018 Nominees For Hall Of Fame

WVU Coach Bob Huggins Among 2018 Nominees For Hall Of Fame

Talk about a long time coming. Well, it’s finally happening. WVU coach Bob Huggins is one step closer to the Hall of Fame. He is among the 2018 nominees.

On Thursday the Naismith Memorial Basketball Hall of Fame announced their nominees for enshrinement. Other nominees include NBA stars Jason Kidd and Steve Nash, along with Rollie Massimino, former Villanova coach who guided the Wildcats to the 1985 national title.

The 64-year-old Huggins is in his 11th season coaching the Mountaineers and 33rd season overall. Along with West Virginia, Huggins coached Cincinnati, Akron and Kansas State. A coach has to be at least 60 years old and been an active coach for 25 season.

In his 11 seasons in Morgantown, Huggins has led the team to eight tournament appearances and a Final Four. Overall, Huggins has guided 23 teams to the tournament. His current record sits at 758-306.

The finalists will be named for the 2018 Hall of Fame class will be named in February during NBA All-Star weekend. The enshrinement will happen in September. In order to be elected, a finalist needs to get 18 of 24 votes from the Honors Committee.

The honor comes at a great time for Bob Huggins. His team is on an 11-game winning streak after losing their season opener. They are currently ranked 10th in the Associated Press Top 25. The Mountaineers take on Fordham on Saturday and after that they fire up Big 12 play with a road game against Oklahoma State.

Congrats to Bob Huggins for the consideration, it is well deserved!