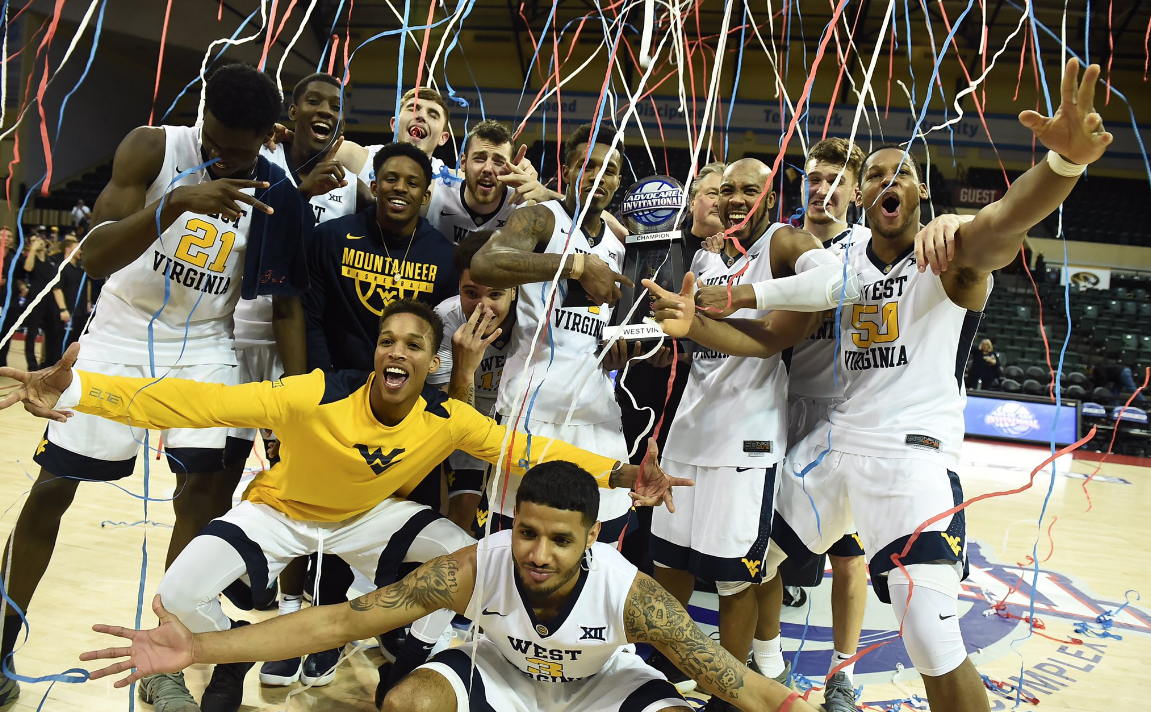 WVU Climbs In The Rankings

WVU Climbs In The Rankings

After a 4-0 week that featured a near loss to winless Marist and a championship in the Advocare Invitational, WVU climbs in the rankings.

AP POLL ALERT: Duke a unanimous No. 1 in AP Top 25 hoops; Arizona drops out of poll from No. 2 slot after 3 losses. https://t.co/MKt36tZb7M pic.twitter.com/BJHPXgzCg6

West Virginia started off the week by taking care of business against Long Beach State University. This one was never close and the Mountaineers won by a final score of 91-62. Lamont West and Sagaba Konate led the way with 22 and 20 points, respectively.

Up next the Mountaineers took on Marist in the first round of the Advocare Invitational. Despite being massive favorites it took until the final minutes of the game for West Virginia to seal the victory. The finanl score was 84-78. WVU was led by 20 points from Jevon Carter and 14 from Sagaba Konate.

The Mountaineers looked much better against Central Florida. This one was never close as West Virginia led by a score of 43-20 at halftime. James Bolden led in scoring with 17 points, while Jevon Carter had 16.

In the Advocare Invitational final, West Virginia made an incredible second half rally from 16 down to defeat the Missouri Tigers by a final score of 83-79. Jevon Carter hit a huge 3-pointer in the last minute to give West Virginia the lead and finished with a game-high 29 points.

Coming up the Mountaineers have a game on Thursday against NJIT. That is the only game scheduled this week. The following Tuesday, December 5, a much tougher game is slated against Virginia.