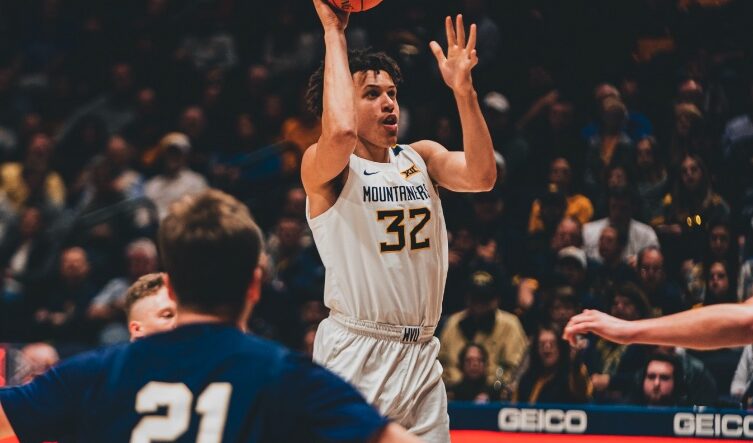 Navy freshman Austin Benigni had 20 points in the loss. Leading scorer Tyler Nelson was held to six points which was nine points below his average.

With 14:18 left in the second half, Navy trimmed an 18 point deficit to 54-49 after Benigni scored seven straight points. However the Mountaineers took the lead back to double digits after three pointers by Johnson, Joe Toussaint and Mitchell in just over a minute.

With 6:18 remaining, WV took its largest lead to 75-56. West Virginia was able to handle Navy’s zone defense and score with ease. The Mountaineers held a 38-23 rebounding average. WV shot 55.2% with field goals and 45.8% from three point range. Navy was 46.4% on field goals and 39.1% on three pointers. West Virginia’s defense held Navy to its lowest output of the season.

It was Navy’s first appearance in Morgantown since 1972 (50 years ago). The game was held on the 81st anniversary of the Japanese bombing of Pearl Harbor.       Navy is now 5-4 and will stay on the road at Towson Sunday. Meanwhile the Mountaineers will host Buffalo Saturday. Attendance was 10,200.