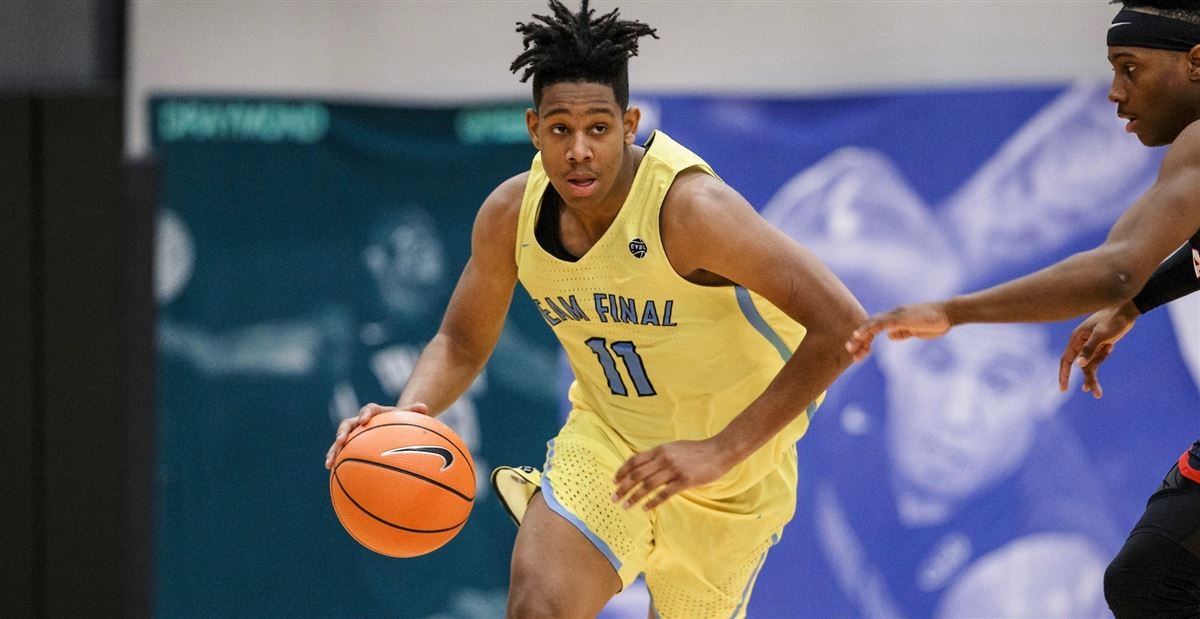 WVU Basketball’s Most Prized Prospect in 2020

There is a lot of incredible talent down in Huntington Prep, but one player there could be the catalyst for a real National Championship run.  AJ Hoggard, the 6’3 210 pound point guard out of the Philadelphia area, is an absolute wrecking ball of a player.

WVU Basketball’s Most Prized Prospect in 2020

There is a lot of incredible talent down in Huntington Prep, but one player there could be the catalyst for a real National Championship run.  AJ Hoggard, the 6’3 210 pound point guard out of the Philadelphia area, is an absolute wrecking ball of a player.  His coach at Huntington Prep Arkell Bruce called him a “pitbull of a point guard” during our recent interview with him.   In addition, Bruce went on to say that Hoggard doesn’t have a favorite right now and West Virginia is very much in the mix for him.  Although Bob Huggins has not offered him a scholarship yet, Bruce confirmed that a scholarship offer is coming very soon.

In an interview with Eric Bossi of Rivals Recruiting, Hoggard described what he’s looking for in a college:  “I’m looking for a family culture, you know somewhere the people are going to be there for you no matter how you are playing,” said Hoggard. “A good coach, obviously, but really somebody who is going to let me play through my mistakes, somebody who is going to let me be me and learn the ropes early from day one.”

Hoggard’s ability to get to the rim and finish is unrivaled in the high school game today.  He’s a slasher, a finisher, an absolute beast at getting in the lane and scoring.  He can take any defender off the dribble, get into the lane and shoot the open mid-range jumper or put up floaters over larger defenders.  He’s also an improved passer and defensive player.  AJ Hoggard is becoming a complete point guard.

Hoggard, a four star prospect and the 95th overall ranked recruit in the 2020 class, averaged 17.4 points, 3.4 rebounds and 5.1 assists per game.   There are players that have a higher class ranking or more stars than him (including his Huntington Prep teammate, 5 star prospect Jaemyn Brakefield, who is also interested in WVU), but Hoggard should be the top priority for Bob Huggins and his coaching staff.

According to his interview with Rivals, he won’t wait too long to make his decision:  “I don’t know when I will cut things down, I don’t really have a timetable for that yet,” said Hoggard. “Going into my senior year I don’t really want to have to focus on my recruitment because I want to be able to play and have fun with my last year of (high school).”

How the NBA Draft Lottery Impacts Jevon Carter
Which Running Back Has the Best Chance to Break Out?