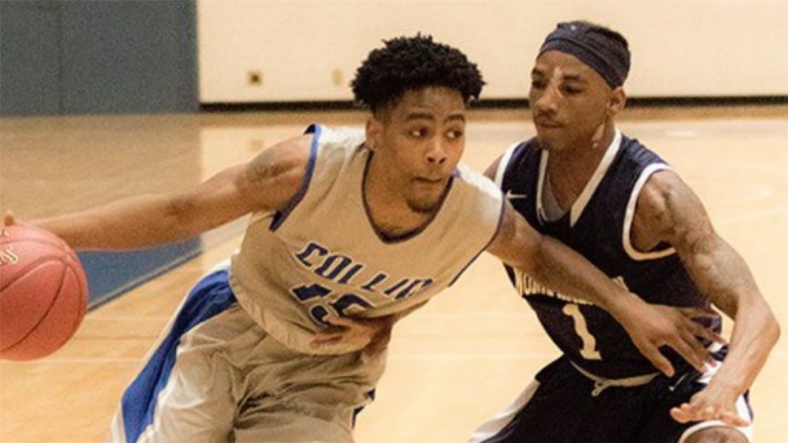 As reported earlier, late Sunday evening Sherman announced that he will be making his announcement Wednesday at 4 p.m. live on Twitter.

West Virginia University is among the three finalists for Sherman. Reports indicate that it comes down to West Virginia, Utah and SMU. The Texas combo guard also has offers from Texas Tech, Oklahoma State and Cincinnati on the table.

Many fear that the signing of JUCO guard Sean McNeil could prevent Sherman from committing to West Virginia. It’s important to note that SMU also received a commitment from a JUCO guard, Tyson Jolly. It is also important to remember that Bob Huggins likes to go 10 or 11 deep when it comes to his rotation. There will be plenty of opportunities for Sherman to get on the court if he decides to become a Mountaineer.

According to a report form the Dominion Post, the Mountaineers are considered the favorite for the guard.

While playing for Collin County (Texas) Community College, Sherman averaged 25.9 points, 4.8 assists and 4.8 rebounds. He also shot 39 percent from three-point range to go along with 87 percent from the free throw line.

Rayjon Tucker of Arkansas Little-Rock is another player the Mountaineers are pursuing. He made himself eligible for the NBA Draft. While there is still an outside chance he could pull out of the draft and end up in Morgantown, this has allowed Bob Huggins and company to zero in on “Taz.”