WVU Baseball Moves Up in Rankings After Another Series Win 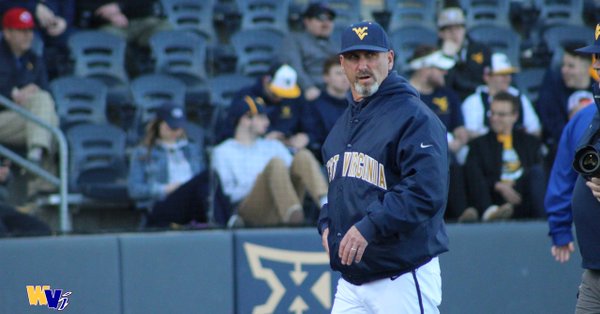 The WVU baseball team took two out of three from Kansas this past weekend, giving the Mountaineers wins in four consecutive Big 12 series.

In the first game, Alek Manoah threw a three hit shutout and Marcques Inman put the Mountaineers ahead with a home run in the 9th inning.

West Virginia led the second game 3-1 going into the ninth inning before the Jayhawks tied it up. The Mountaineers were able to get the win in the 11th inning by a score of 4-3.

In the final game, West Virginia got in an early hole, trailing by a score of 6-1 going into the bottom of the eighth. They closed to within one run and got the leadoff man on base to start the ninth inning. Darius Hill had a two out single that brought Marcques Inman to the plate with a chance to give the Mountaineers a walk off win, but he was ultimately retired by closer Jonah Ulane and the Jayhawks avoided the sweep.

Up next for West Virginia is a visit from Penn State on Tuesday night at 7 p.m.