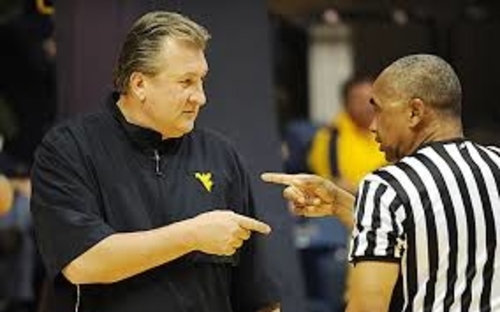 West Virginia University Athletic Director Shane Lyons just announced a Bob Huggins contract extension through the 2021-2022 season. The contract also extends the relationship between Bob Huggins and the university until 2027. The agreement goes into effect immediately.

“This is a great day for our department. I want Bob Huggins leading our basketball program for many years to come,” Lyons said. “Bob is a future Hall of Famer, who cares about his players and this University. His teams have been highly successful on the court and in the classroom. In finalizing this contract extension, I wanted the eighth all-time and third-winningest active Division I coach on our sideline leading his alma mater.”

You can find the whole contract here.

When the 2021-2022 ends, Huggins will assume a five-year Emeritus status within the  WVU Department of Intercollegiate Athletics. That contract will end on June 30, 2027. He will have responsibilities in public relations and development activities to go along with other duties that will be assigned by the Director of Athletics. If Huggins wishes he could postpone the Emeritus status after the 2022 season and continue to be the coach if it is agreed upon by Huggins and the Director.

This season will be Huggins 11th as head coach of the Mountaineers. His annual salary will be $3.75 million for this season. He will get an annual increase of $100,000 in each season after this one. $250,000 of his salary is base pay and the rest is supplemental.

When reaching Emeritus status, Huggins base pay will be $50,000 and deferred compensation from his previous employment agreement. His first year as Emeritus he will be paid a total of $550,000.

Bob Huggins currently sits at 819 victories in 36 years as a head coach. He ranks third among active coaches and eighth all-time at the Division 1 level. In ten seasons at WVU, Huggins has guided the Mountaineers to the NCAA Tournament eight times, four NCAA Sweet Sixteens and a Final Four.