WVU and Ohio State Set to Square Off in Cleveland Classic 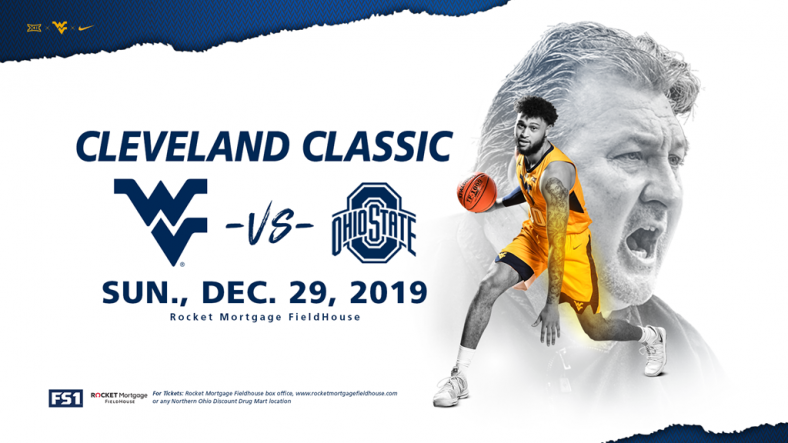 The first annual Cleveland Classic will go down December 29, 2019 at the Rocket Mortgage Fieldhouse. The West Virginia Mountaineers will take on the Ohio State Buckeyes. It will be the 17th meeting between the two schools.

Excited for Mountaineer Nation to pack Rocket Mortgage Fieldhouse for the first ever Cleveland Classic against the Buckeyes! No better way for fans to celebrate the holiday season than some holiday hoops! https://t.co/3J4nlnRbPV

Despite a disappointing regular season, the Buckeyes were able to get into the NCAA Tournament and get a first round win over Iowa State. They were then dispatched by the Houston Cougars in their second round game by a score of 74-59.

West Virginia built some momentum heading into the 2019-2020 season by defeating Oklahoma and national runner-up Texas Tech in the Big 12 Tournament before bowing out to Kansas in the semifinals.

The Mountaineers had a win over Grand Canyon University in the first round of the CBI before getting crushed on their home court by Coastal Carolina by a final score of 109-91.

Despite last season failing to meet expectations, there is plenty to be excited for in the upcoming season for West Virginia. The freshman duo of point guard Jordan McCabe and big man Derek Culver established themselves as strong presences during the latter part of the season. They will be joined by McDonald’s All-American Oscar Tshiebwe and guard Miles McBride along with some other recruits that should be able to step in and play right away.

Like Huggs said, there’s no better way for fans to celebrate the holiday season than some holiday hoops. Remember when Mountaineer fans made the trip to see Jevon Carter and the Memphis Grizzlies take on the Cleveland Cavaliers? There will be plenty of Mountaineer fans in attendance for this one. And obviously Ohio State fans travel very well and have a massive presence in Ohio.