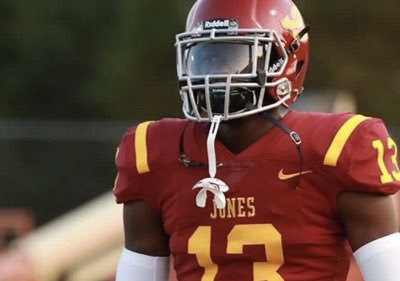 Moments ago, Neal Brown and the Mountaineers added to their already stellar 2022 recruiting class with a commit from a talented safety.

Marques “Hershey” Jones, a JUCO transfer from Ellisville Jones J.C., announced via social media that he intends to take his talents to Morgantown to play for the Mountaineers. Earlier today, several WVU coaches tweeted their usual “let’s go” celebration that they do after landing a commitment. Many speculated who the commit would be, and it appears that we finally have our answer.

Jones chose WVU over group of five teams such as Memphis, Tulane and Texas State among others.