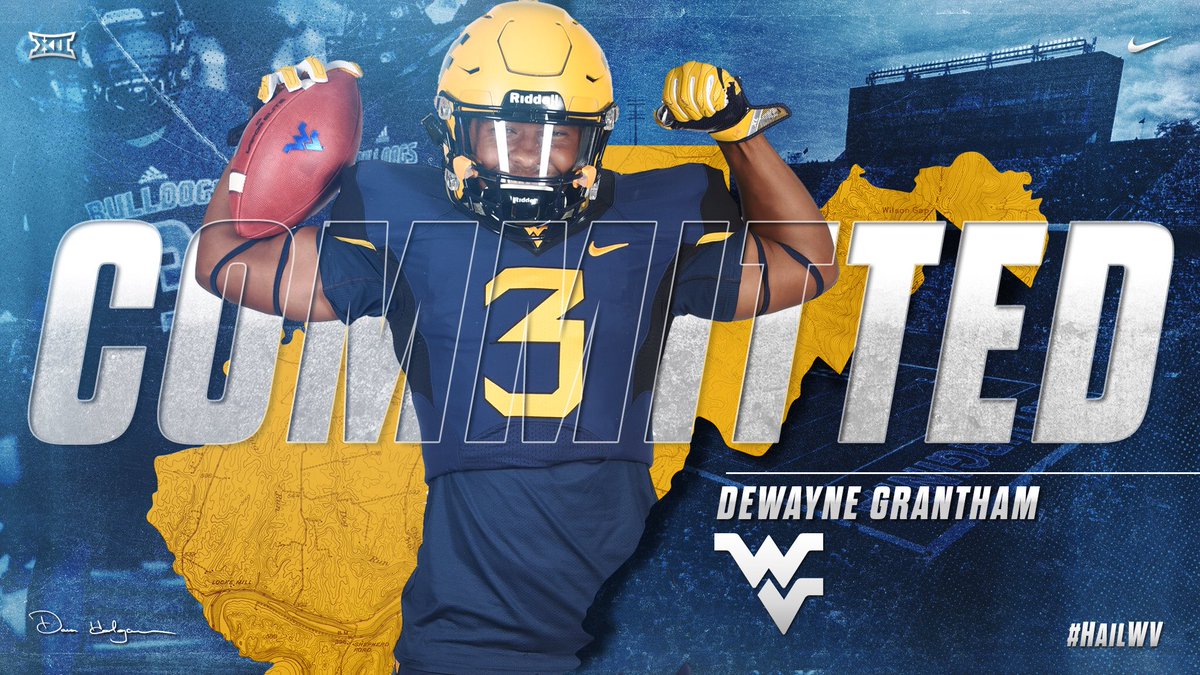 While the men’s basketball team was taking on the Kentucky Wildcats, the football coaching staff was adding in-state recruit Dewayne Grantham to the 2019 class. The Martinsville standout is officially headed to Morgantown to be a Mountaineer.

Last summer Grantham was in town for a 7-on-7 tournament. Before he could get back to Martinsburg he had picked up an offer. He fits the bill that the Mountaineers love as a potential hybrid safety/outside linebacker. Tony Gibson loves having guys like this to work with.

The junior from Martinsburg High School is 6’0″ and 195 pounds. The linebacker is ranked as a three-star by 247Sports and a two-star by Rivals. ESPN has not yet ranked him.

Check out his highlight video:

It’s good to keep the in-state talent home. Congratulations to Grantham for his commitment to becoming a Mountaineer and best of luck.