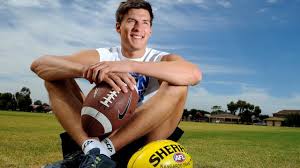 Josh Growden, a former Australian football player and LSU punter, has transferred to West Virginia.  Growden has served as LSU’s pooch punter, concentrating on short-range punts for the Tigers.

Growden entered the NCAA transfer portal on July 31.@BrodyAMiller had it firsthttps://t.co/s7vvxZvH9G

Growden, a grad transfer, will fill a major need for the Mountaineers.  Recently, Neal Brown was asked about his team’s situation at punter and his reply was interesting, saying, “Yeah, next question.”

Growden, orginally from Clare, South Australia, has been on the SEC Academic Honor Roll each year in Baton Rouge and was named to the All Freshman team back in 2016.  While at LSU, he has averaged 39.0 yards per punt, but may of those punts were short-range to pin opponents deep in their own territory.

In addition to serving as the punter for the Mountaineers, Growden will likely have an opportunity to win the role as the holder for the kicker.