“Worst Half of My Football-Watching Career!” or “Trey Lowe Time?” 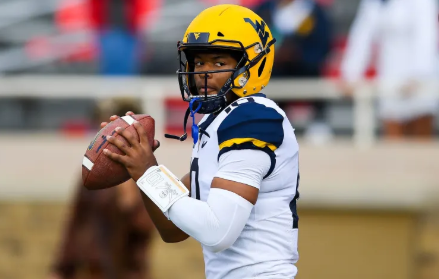 Tied up at 14-14 at the half, West Virginia had the ball to start the 2nd half and every opportunity in the world to beat Iowa State.  Minutes into the half, any optimism the Mountaineers had was deflated by a sluggish, vanilla, terrible offensive performance.

To say that Neal Brown’s play-calling was bland and conservative is a massive understatement.  West Virginia didn’t play to win in the second half.  There was no immediacy, a very simplified game plan, no offensive plays designed to actually move the ball and score.  It was ugly.

Brown, following the game, said, “It’s a tough ask of Jack (Allison) to come in and play when he hasn’t played a whole lot.  I thought he did some good things.”

A injury to the starting quarterback shouldn’t put an end to a team’s offense.  “Next man up” should also include the quarterback.  Jack Allison has struggled as a quarterback, but he certainly has a Division I arm.  He makes questionable decisions, but he is capable of throwing the ball downfield.  Anything (even if Allison threw multiple interceptions) would have been better than what we saw in the 2nd half from the Mountaineers offense.

With that said, if it wasn’t clear before, it couldn’t be anymore clear now – Neal Brown has absolutely zero confidence in Jack Allison.  Although he finished 18-24 with 140 yards, 1 touchdown and 1 interception, he really only had one good possession.  The offense completely changed when he entered the game, and this is either a reflection of Allison’s ability or Brown’s lack of confidence in him, or both.

Mountaineer Sports’ Shawn Mullooly put it best:  “It is hard when you have completely inadequate quarterback play coupled with an ineffective and young offensive line.  Not going to beat many Big 12 teams with that.”

What’s mystifying is why Brown decided to stay with him in the 4th quarter when it was clear that he was not going to move the ball and the Mountaineers in desperate need of a spark.

Trey Lowe, the talented Redshirt Freshman, was exactly what the Mountaineers needed in the 2nd half.  Many successful college teams use a dual threat quarterback because – as the phrase dual threat implies – they are a dual threat.  Mobile quarterbacks can escape pressure and create plays when the pocket collapses and they have to make thing happen with their feet.  Having a mobile quarterback is particularly important when a team has an average or below average (or in the case of WVU, way below average) offensive line.

West Virginia needs a mobile quarterback right now.  The Mountaineers travel to Norman to play the Oklahoma Sooners next week and will likely be embarrassed whether Austin Kendall can play or not.  It may even be worse if Kendall returns to the school he transferred from and is dominated by an absolutely fantastic Oklahoma defense.

If Kendall can’t play, the obvious answer is Trey Lowe as the starter next week.  Starting Jack Allison adds almost nothing.  Not only will the Mountaineers get beaten badly, they also loss a valuable opportunity to get Lowe experience in a big-time environment for the future.

If Kendall isn’t hurt and is available, let him start on a short leash and don’t embarrass him in front of a crowd that will likely not welcome him back with open arms.  Trey Lowe not only gives the Mountaineers the best chance to win right now, playing him will also be what’s best for the future of the team.