With Oliver Luck Running the Show Could More Mountaineers Be Poised to Join the XFL? 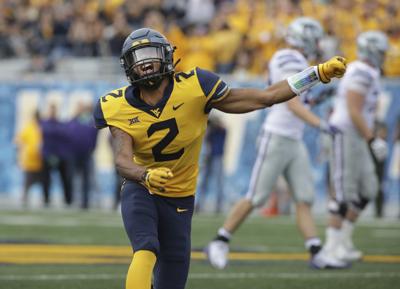 With former WVU quarterback Oliver Luck serving as the commissioner and CEO of the XFL, will there be anymore Mountaineers playing in the league in early 2020?

There are two former Mountaineers that would appear to be a great fit. The first one is Kenny Robinson Jr. The All-Big 12 safety entered the transfer portal in June, but has not yet chosen a destination. Robinson, a Pittsburgh native, attended the XFL workouts in DC in mid June, soon after he decided to enter the transfer portal, according to WV News.

Another former Mountaineer who would be a natural fit for the XFL would be receiver Marcus Simms. He entered the NFL’s supplemental draft but went undrafted. Simms signed with the Jacksonville Jaguars in July, but was released a month later.

Both of these players were rumored to have left West Virginia University due to academic situations involving the university’s code of conduct. It is not yet clear whether or not Robinson has chosen a new collegiate destination, but Simms is no longer eligible to play college football. The XFL would be natural fits for both of them.

Jeremy Tyler took to Twitter to show off his invitation to join the XFL Player Draft Pool invitation for the inaugural season.

The XFL failed miserably last time, but it appears they are taking a much better approach this time. Their first signing was former Oklahoma Sooner and Pittsburgh Steeler Landry Fields, who brings plenty of NFL experience to the table.

ICYMI: @LandryJones12 has signed with the #XFL

It would be fun for Mountianeer fans to see some familiar faces on the field when the XFL starts in February.