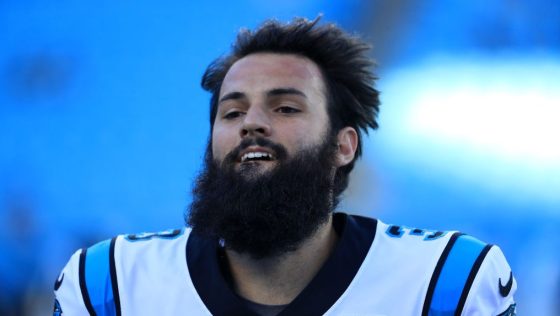 Will Grier, former WVU quarterback who was picked by the Carolina Panthers in the 3rd round of the NFL Draft, has had an up and down preseason for the team so far.  While Grier has made tremendous throws at times, but he has not taken care of the ball and has had far too many turnovers.

Tonight, Grier came into the game after one possession from Kyle Allen, Cam Newton’s current backup, and started off brilliantly, dropping an absolutely perfect touchdown pass to Aldrick Robinson.

However, Grier threw an interception with 14 seconds left in the first half, which led to a Steelers’ go-ahead TD.  Grier finished the half 10/15 for 175 yards, 1 touchdown, 1 interception and a passer rating of 100.7.

Prior to the game, Grier had the lowest PFF (Pro Football Focus) grade of any rookie quarterback this offseason.  He is very capable and can have an outstanding career in the NFL, but must limit turnovers to be a trusted player during crucial times for the Panthers.