Will Grier Set to Start Sunday, According to Report 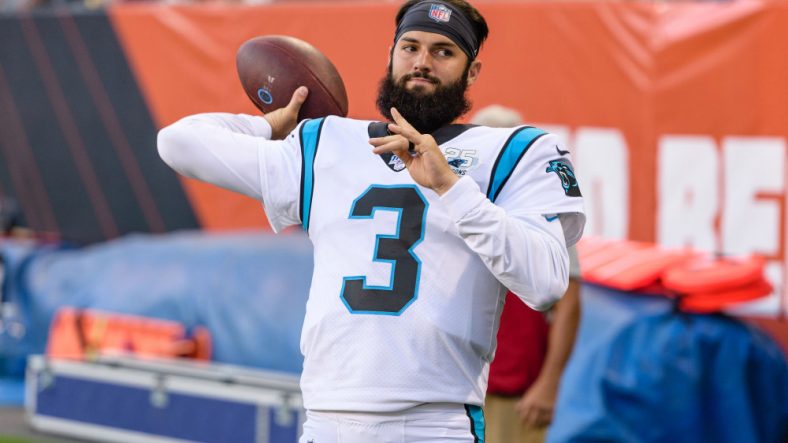 With two games left in the NFL season, former Mountaineer quarterback Will Grier is going to get his opportunity, according to Ian Rapaport. The Panthers are currently 5-9 and tied with the Atlanta Falcons for last place in the NFC South. They have already fired head coach Ron Rivera and this move gives them the opportunity to evaluate the quarterback they found worthy of a third round pick in the 2019 NFL Draft.

The #Panthers are expected to start QB Will Grier on Sunday vs. the #Colts, sources say. The team has not yet announced the move or made it official, but this is the direction it’s heading with Kyle Allen heading to the bench. An important evaluation moving forward.

It’s going to be interesting to see what the former Mountaineer is able to do when the Panthers take on the Indianapolis Colts. With Cam Newton on injured reserve, it seems this move could have come much sooner, but better late than never.

More Stories on Will Grier:

Sadly many Mountaineer fans will be crying that he sat out the bowl game and refuse to cheer for him.