Will Grier Not Invited to Heisman Ceremony 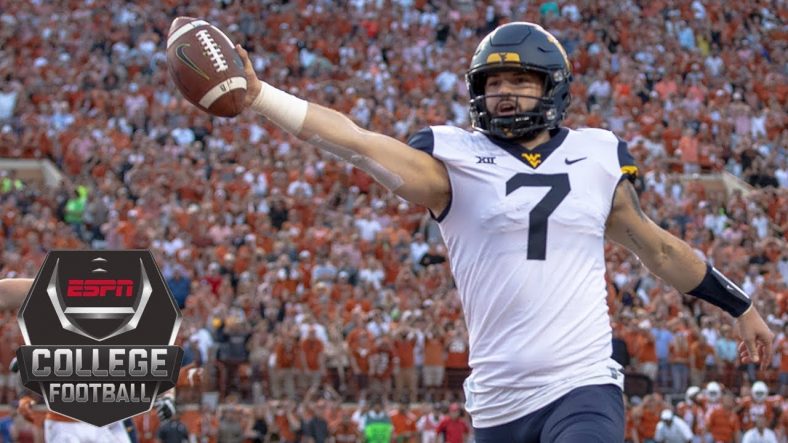 After being in the running for the Heisman trophy for the entire season, Will Grier is not invited to the Heisman Trophy Award Presentation.

Grier threw for 3,864 yards to go along with 37 touchdown passes. He was named second team All-Big 12 and was a finalist for the Maxwell Award.

It was season for the ages for Will Grier, but one that fell just shy of a trip to New York for the #HeismanTrophy ceremony.https://t.co/mTZNrzH9NL pic.twitter.com/0YaqWC0d69

Haskins swooped in and passed up Grier with his big win over the Michigan Wolverines in the final week of the season. The Mountaineers closed out the season with back-to-back losses to Oklahoma State and Oklahoma.  Maybe the NCAA is making up with Ohio State for them finishing ranked No. 6 in the finally College Football Playoff rankings.

The last Mountaineer to be a finalist and be in attendance for the ceremony was quarterback Major Harris in 1989. Harris finished third in the voting. WVU has never had a Heisman winner and that continues with Grier not getting invited to New York.

The Heisman Trophy presentation will air on ESPN on December 8 at 8 p.m. ET.

Whether Grier was invited to New York or not he had an incredible season that Mountaineer fans won’t soon forget.