Will Grier Named Big 12 Player And Newcomer Of The Week 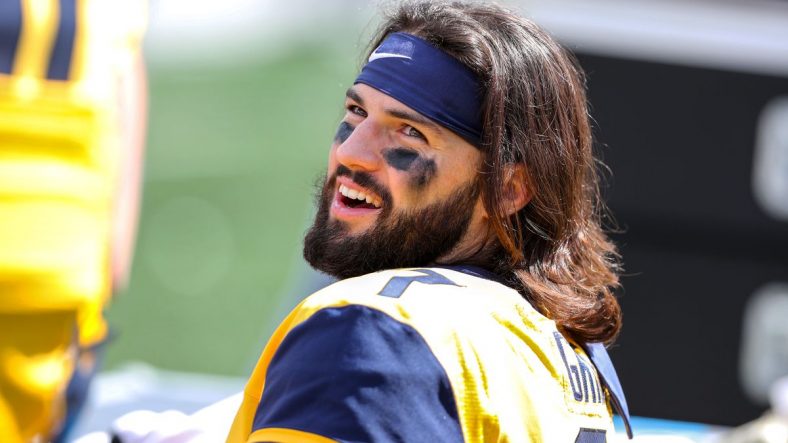 While the Mountaineers rack up impressive offensive statistics their quarterback is getting loads of recognition. Will Grier named Big 12 Player and Newcomer of the Week.

For those keeping score at home this is the third Big 12 Newcomer of the Week award for Grier this season and his first Player of the Week.

In his impressive performance against the nationally ranked Red Raiders, Grier completed 32 of 41 passes for 352 yards and five touchdowns. He led the Mountaineers back from a 35 to 17 deficit to reel off 29 points in a row and win by a final score of 46-35. Through seven weeks of the season Grier’s 21 touchdown passes are the most in the country. It’s safe to say he has picked up the Air Raid offense as quickly as Mountaineer fans have hoped so. Check out some highlights from the 2nd largest comeback in WVU football history.

Don’t look for Grier and company to slow down anytime soon. In the next game the Mountaineers face a Baylor team that does not field a strong defense. The maligned Baylor defense gives up 40 points and almost 520 yards per game. The Baylor Bears are off to an 0-6 start to the 2017 season.