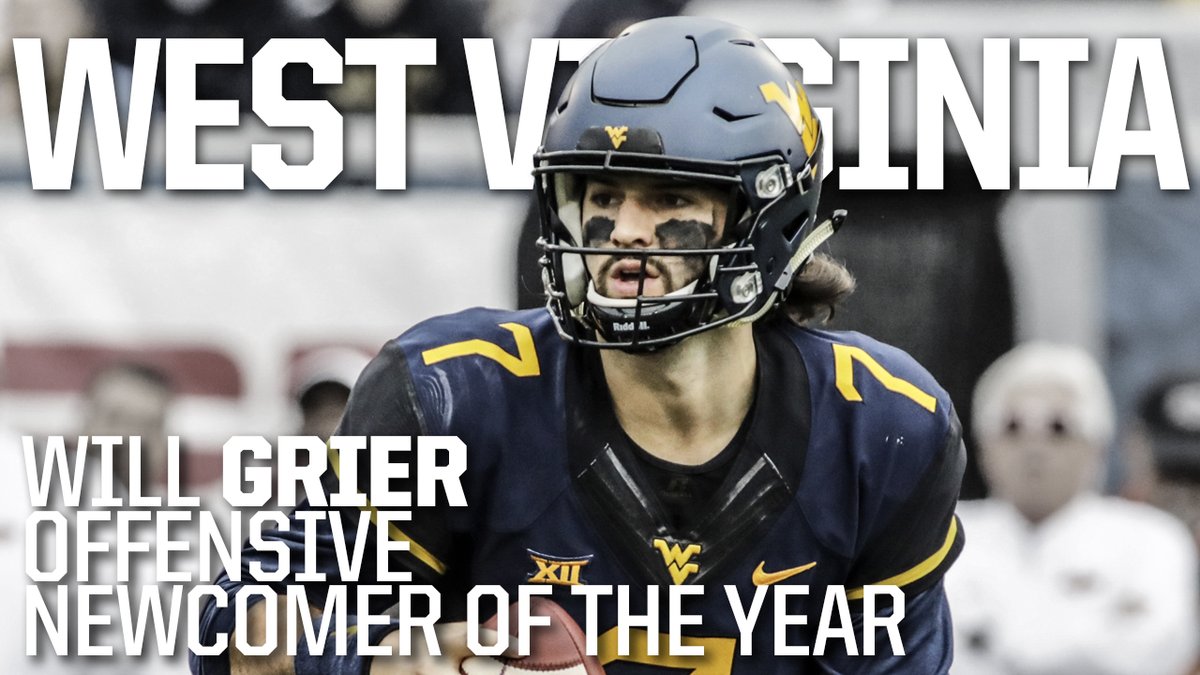 Despite a bad ending, Will Grier had an incredible first season with the Mountaineers. The WVU passing attack was among the best in the country.

The great season by Grier was recognized by pundits all over the country. The Big 12 Conference recognized Grier’s greatness officially on Thursday.

He's a "newbie" but he's not new to this. ???? @willgrier_ is second in @WVUfootball history for most passing touchdowns in a season.

All in a season's work for the #Big12FB Offensive Newcomer of the Year. pic.twitter.com/Ze0Qw4hkTt

Grier ended up throwing for 3,490 yards to go with 34 touchdown passes and 12 interceptions.

If Grier returns for his senior season, as many expect, he could be in line to the win the conference MVP in 2018. There will be some holes to patch up on the offensive line, but David Sills should be back along with some young emerging wide receivers.

There is a lot of defensive talent in the Big 12 that will be graduating. When you combine that with the number of senior quarterback leaving after the season it leaves the door wide open for Grier to come back and lead the Mountaineers to a conference title.

Grier is not completely ruled out of the bowl game as of yet. Surgery on his finger went very well and having him back for the bowl game would make a big difference. If Grier is available look for the Mountaineers to be favored in whatever bowl game they are selected for.