Will Grier Named Big 12 Newcomer of the Week – VIDEO 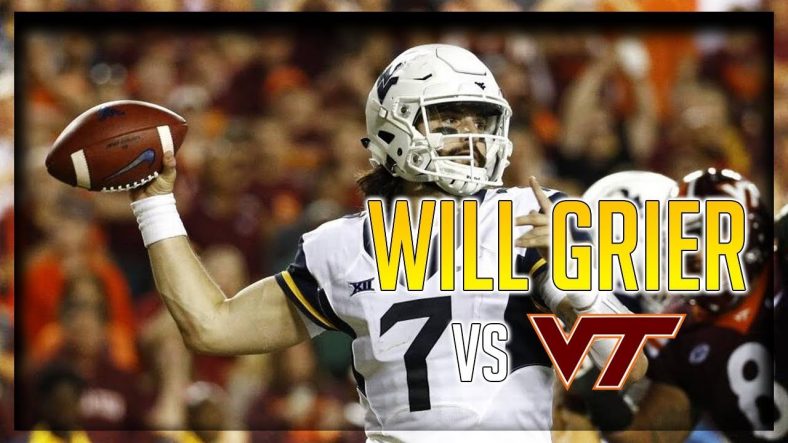 WVU quarterback Will Grier has been named the Big 12 Newcomer of the Week after Sunday night’s season opener against Virginia Tech.

Grier threw for 371 yards and three touchdowns, going 31 for 53. He also was able to gain 52 yards on the ground on 11 carries. 371 yards passing is the most all-time by a WVU quarterback in their debut.

Grier hooked up with David Sills on two touchdowns and another one to Gary Jennings Jr.

The Mountaineers will be back in action Saturday at noon against the East Carolina Pirates. Kickoff will be at noon. It will be a ‘Gold Rush’ game and FS2 will televise the game.