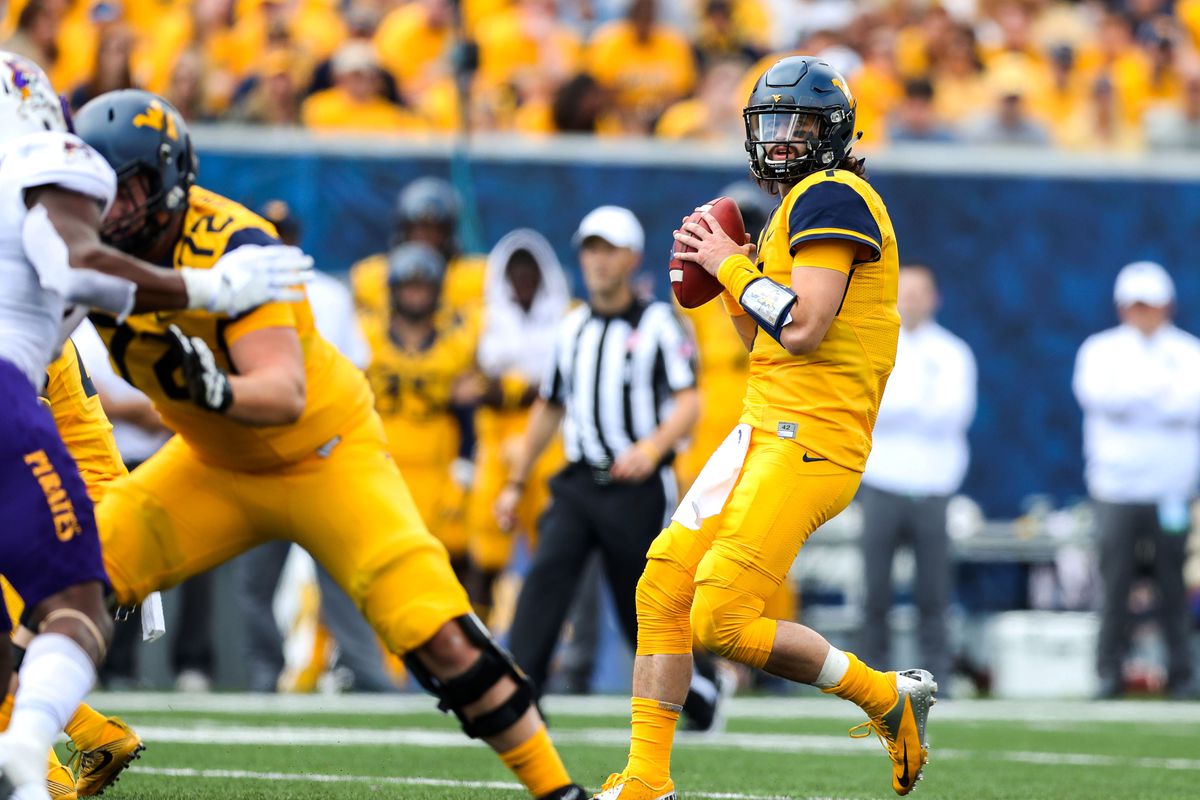 Will Grier Likely To Stay For Senior Season

Will Grier Likely To Stay For Senior Season

Per scouts and other league sources, believe is that #WVU QB Will Grier is likely to stay in school for his senior season.

Expected to become a top 2019 prospect.

Granted this is far from a done deal, but it is very encouraging.

How will this affect the decisions of junior Mountaineer receivers David Sills and Gary Jennings? That’s hard to say but it seems that it certainly couldn’t hurt. Who wouldn’t want to improve their draft stock by having one of the nation’s best quarterbacks slinging it to them for their senior season?

Just a couple weeks ago there was a report on NFL.com that mentioned how the buzz was building for West Virginia quarterback Will Grier. In the report it noted that the big three (Josh Rosen, Sam Darnold and Josh Allen) have grabbed a lot of the attention, allowing Will Grier, along with Riley Ferguson of Memphis and Jeremiah Briscoe of Sam Houston State to fly under the radar with scouts.

One of the scouts made a special mention of how Grier really has scouts taking notice and that his production has been impressive.

Then Grier had the worst outing of his career against Oklahoma State, completing only 20 of 42 passes and throwing four picks. It was a chance to put together a signature performance and a signature win over the Pokes, but Grier came up short.

Will Grier Against Oklahoma State

This performance alone did not push Grier to staying for his senior season. In fact, he could still easily flee Morgantown if he ends the season with a bang. It just seems Grier is very comfortable as the Mountaineer quarterback. He’s the start of the show and he along with his wife are the stars of the television broadcasts when the Mountaineers take the field. Granted having a wife and child could push many to the NFL, but he seems very comfortable where he is and waiting a year won’t hurt much.

Is Will Grier staying for his senior season? Nothing is for sure, but people close to the situation sure seem to think so.