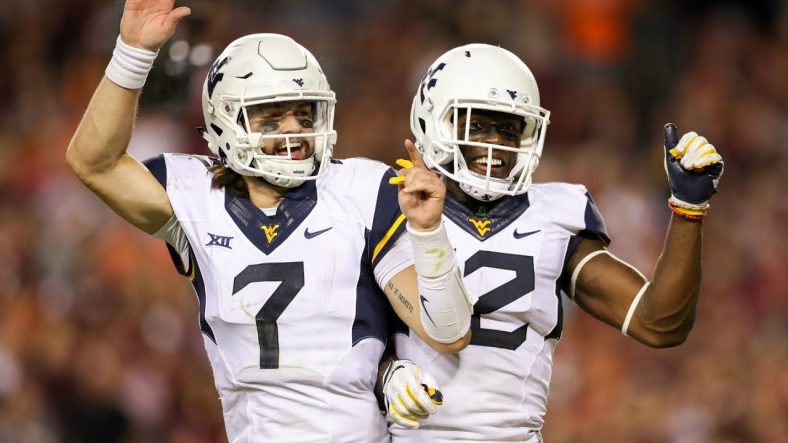 Though WVU was unable to secure the Black Diamond Trophy Sunday night, Will Grier had an impressive debut as the Mountaineer quarterback.

Grier set a WVU record for most yard passing in a debut with 371 yards in the loss to the Hokies.

Was Grier surprised by the success he had in his debut?

“We prepared a lot. Me and the receivers put a lot of work in,” he said. “We were throwing four times a week over the summer … to get our timing right.

“I’m just excited to build off this.”

His 371 yard passing were the most in a Mountaineers season opener since Chad Johnson chucked it for 390 yards in 1995 against Purdue. Additional to the passing, Grier ran for 52 yards.

Coach Dana Holgorsen was encouraged by the debut.

“It’s hard to get the running game going against those guys,” Coach Holgorsen said. “And they stacked [the box] up, too, which is why we took shots down there — which is why we need to get some guys that can stretch the field a little bit better.”

Despite the loss, the Mountaineers piled up 592 total yards. It’s been five years since WVU put up that many yards in a losing effort. It was the most yards allowed by Virginia Tech since a 2007 loss against Virginia Tech.

The Mountaineers leave FedEx Field without the coveted Black Diamond Trophy, but there is still plenty to build on heading into next week’s game against East Carolina.