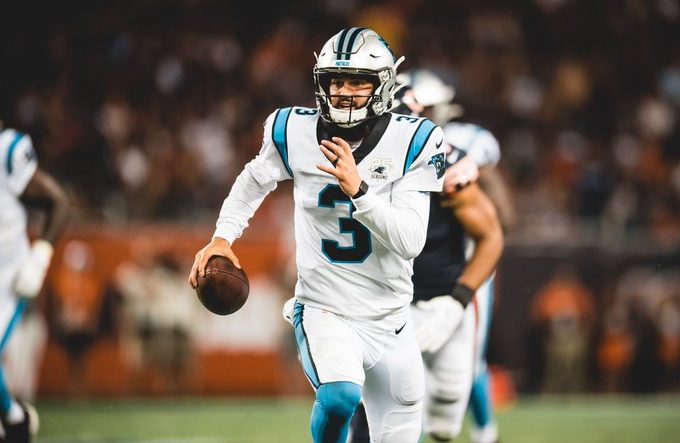 Will Grier, who played his first game as a Carolina Panther in a reserve role behind Kyle Allen of Houston, threw his first touchdown in his NFL career and also got his first win against the Bears, albeit in a presseason game.

Allen got the start with Cam Newton taking the first game off and Grier entered the game in the 3rd quarter.  Grier struggled early, throwing an interception, but later completed a 7 yard touchdown pass to undrafted rookie Elijah Holyfield, former Georgia Bulldog and son of the boxing great Evander Holyfield.

Grier finished the game 9-16 for 77 yards with 1 touchdown and 1 interception.  He was also sacked once for a loss of 7 yards and had a quarterback rating of 63.8.  Although his first action didn’t go exactly as Grier planned, beating the Chicago Bears at Solider Field is fantastic experience for the young quarterback.