Will Grier Brings a New Element to the Mountaineers 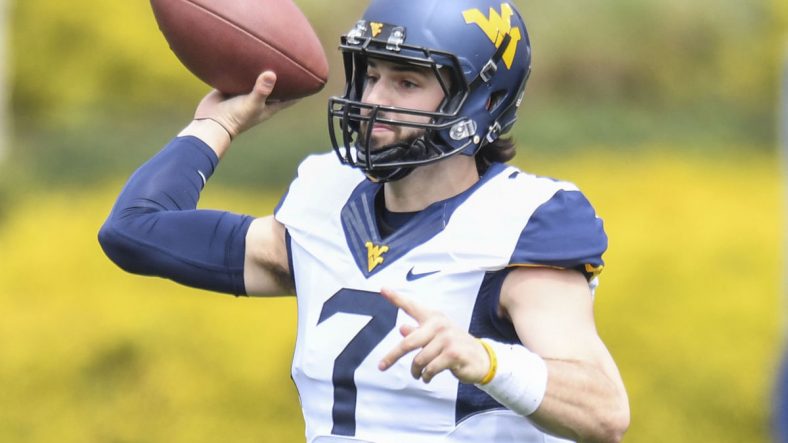 Though Grier has not been in a game since the midway point of the 2015 season, Grier is set to make his Mountaineer debut At FedEx Field on Sunday night against Virginia Tech.

“He’s pretty eager to get out there and get back in the swing of things,” WVU offensive coordinator Jake Spavital said. “I’m pretty fired up to watch him go out there and do his thing.

As a high school senior in North Carolina Grier threw for 14,565 yards. He was named the national high school player of the year by Parade.

As a freshman at Florida, Grier came off the bench in the team opener and led the team to a 6-0 start.

After the 6-0 start, Grier was hammered back down to earth when he received a 12 month suspension for testing positive for PEDs. At a press conference Grier said he took a banned over-the-counter supplement. It happened to contain a substance that is banned by the NCAA.

Would Florida have ever given Grier his starting job back? It’s hard to say, but either way Grier transferred to WVU last summer. He spent last season and spring practice with his new team. During the spring game he went 12 for 18.

“He’s got the timing down with the receivers,” Mountaineer receiver David Sills said. “He’s going to have a great year.

“He puts the ball just where no one else can get it. He really does thread the needle. He sees things pre-snap and post-snap that are changing, … checking into the right play if he’s not getting a look he likes — just stuff you would see in a big-time quarterback.”

Though Coach Holgorsen has high hopes for Grier, he hasn’t lost track of what a ground game means to his team.

“Everybody knows we’re going to try to run the ball,” Coach Holgorsen said.