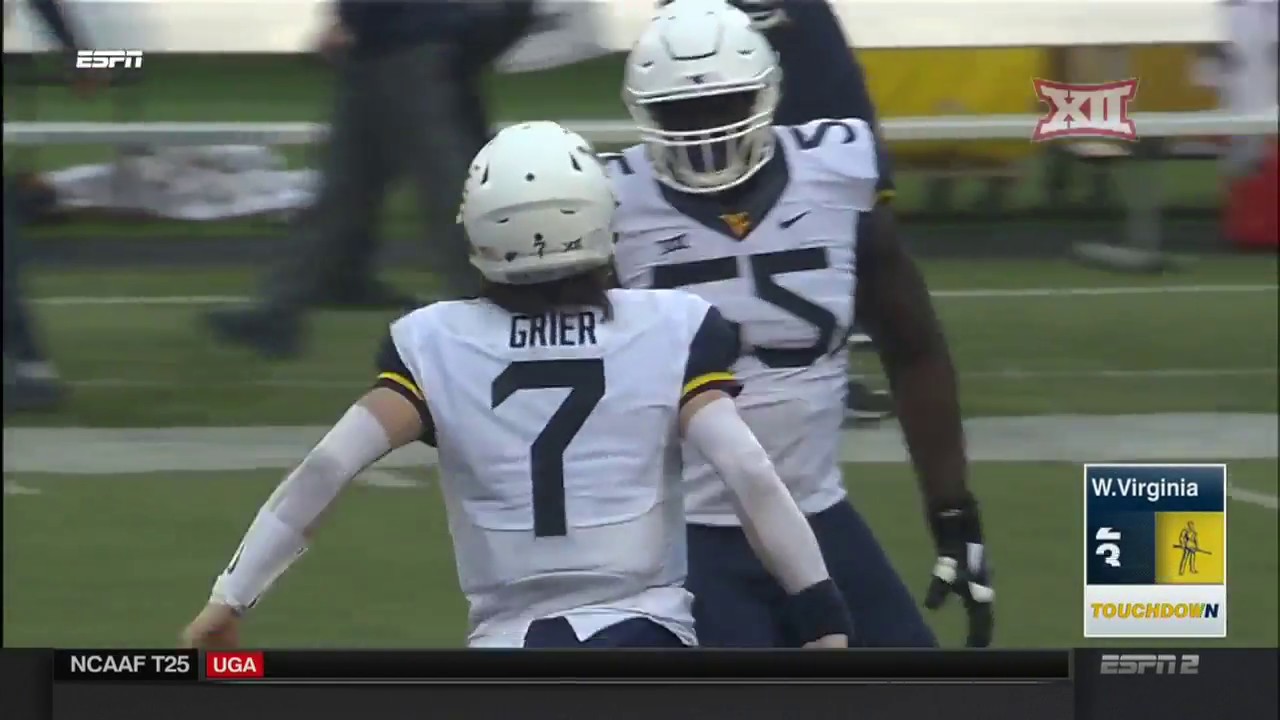 With the Mountaineers able to hang on for a 28-23 win, Holgorsen was able to laugh about it after the game. In the final play of the second quarter Grier was able to scramble to his left while running out the clock and finding White in the end zone for a 30-yard touchdown. This score proved to be the difference in the game, but at the time Grier regretted the way the play unfolded.

Dana Holgorsen on the last play before the half – "(Will Grier) knew he was in trouble. He came to me and apologized. I told him he didn't have to apologize for throwing a touchdown." #WVU

When the play began there were ten seconds left on the clock. Grier’s scrambling ran the clock out, but it ended up being worth it.

"Final play of the half… THE BALL IS CAUGHT!" @WVUfootball caps the 1st half in style on another Ka'Raun White TD!! Don't miss @TonyCaridi's call (via @IMGAudio): https://t.co/dd1hhLdw7D

After four touchdown passes today that puts Grier at 34 on the season which is good for the second most in WVU history.

The win also kept the Mountaineer Big 12 title hopes alive, though they will need some help getting there.

It was good to see Coach Dana Holgorsen have a laugh and get the W.