Why Not Trey Lowe, Why Not Now? 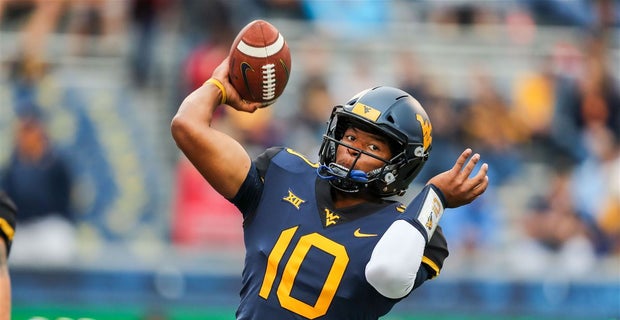 One thing is abundantly clear after West Virginia’s first two games and that is the offensive line is very, very bad.  Like, historically bad.

Neal Brown, in his post game conference following the Missouri game, said, “Our starting five on the offensive line didn’t play great, but nobody behind them has shown that they’re ready to play.  So that’s an issue that we have that’s been exposed two weeks in a row.”

As bad as the starting five are, the offensive lineman on the bench are even worse.  In other words, it is very unlikely to get better and almost certainly going to be a problem for the remainder of the season.

Otherwise, West Virginia is doomed to have one of its worse seasons in modern history.  The Mountaineers have a young, inexperienced, outstanding Redshirt Freshman quarterback named Trey Lowe on their roster.  He’s fast, he can create, he’s big and strong, and he can throw the ball as well or better than Austin Kendall.

Handing the keys to the car to Trey Lowe is such an obvious decision that anyone that has seen the team knows he’s the only reasonable choice for the current season and for the future of the Mountaineers.  Lowe gives the team a chance now.  Brown’s “dressed-up run plays” will be far more effective with Lowe under center because he gives the offense an entirely new look.  Read options suddenly become dangerous because he might actually keep the ball and run.  In Lowe’s three snaps against Missouri, West Virginia had three of its most effective run plays of the game.

Lowe gives WVU the best chance to win now.  If he struggles, and he will struggle, he’ll gain the valuable experience to be used down the road.  West Virginia will not be able to fix the offensive line anytime soon, but it’s time to grow with the future of West Virginia football and the future is Trey Lowe.