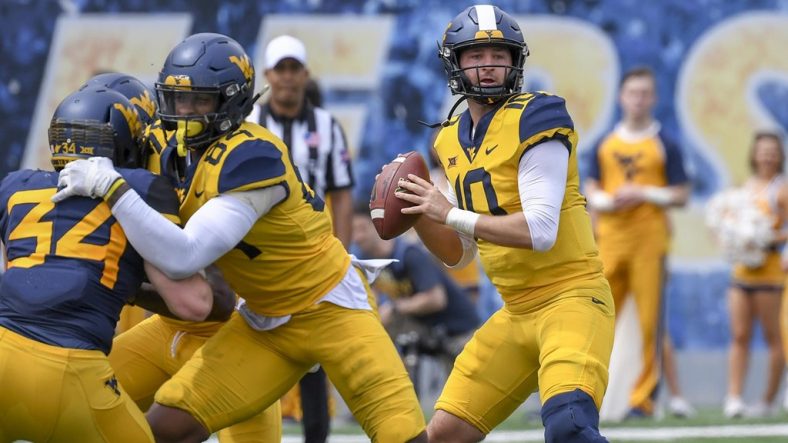 Spring practice came and went and Kendall still hadn’t established himself as the starter. Many speculated that he just wanted to keep the other quarterbacks to keep fighting. I may or may not be among those who thought that was a real possibility.

Well, here we are on August 19th and Neal Brown still hasn’t chosen his starting quarterback. But tomorrow is the day, we have been assured. Tuesday, August 20th we will get to find out who is penciled in at No. 1 on the Mountaineer depth chart at quarterback. The old QB1.

I’m going to tell you why Mountaineer fans should be thrilled that Neal Brown has taken this long to choose a starting quarterback.

Austin Kendall went toe-to-toe with Kyler Murray for the honor to succeed Baker Mayfield as the starting quarterback at Oklahoma. He battled him all the way into August. It wasn’t until August 22 that Murray was named the starter.

OU’s Lincoln Riley on QB battle b/w Kyler Murray & Austin Kendall: “Despite what people think outside our walls, there is a very real chance either guy could be the starter”

So what should Mountaineer fans be thrilled about? The fact that it took quarterback guru Lincoln Riley up until days before the season started to determine that Kyler Murray should start over Austin Kendall. As you know, Kyler Murray led one of the most prolific offenses in the history of college football and went on to be the No. 1 pick in the NFL Draft. And now Kendall is primed to lead the Mountaineer offense.

There’s only one issue: Neal Brown can’t decide if he likes Kendall better than the two options he already had in house. Neither Miami transfer Jack Allison nor redshirt freshman Trey Lowe have been ruled out of starting the opener.

While many fans are growing impatient while they wait on HCNB to name the starter, this is obviously a great problem to have.

Jack Allison may not have been able to lead a very depleted Mountaineer roster to a win in the Camping World Bowl, but this is obviously a very talented pocket passer. He was recruited by Alabama, Florida State, Florida, Tennesse and more, but the Palmetto native committed to be a Hurricane and play for Al Golden in June of 2014 as part of the Canes class of 2016. There was never any doubt that Allison was going to “The U” to play under Golden.

Al Golden, who was more known for wearing a tie on the sideline than his actual coaching prowess, only lasted midway through the 2015 season before the Canes fired him. Despite this Allison maintained his commitment to Miami. New Miami coach Mark Richt was looking to use more of a dual-threat quarterback. It was at this point that Allison decided to transfer from Miami. From there Dana Holgorsen was able to sell him on the opportunity to lead his prolific Air Raid offense in Morgantown.

Jack Allison comes in and needs just one pass to continue to rack up the score against Baylor #HailWV pic.twitter.com/xwPu8RQCfT

Unfortunately for Allison, Will Grier came in and beat him out for the job. Despite this Allison still has two years of eligibility and has his sights on becoming the WVU 2019 starting quarterback.

Coming out of high school, Trey Lowe III was not as highly recruited as Allison or Kendall when he came out of Tennessee, but he certainly receives some attention. Alabama had him on campus for a visit. He received offers from North Carolina, Illinois and Memphis among others.

Mountaineer fans remember a certain dual-threat quarterback from the south who wasn’t hotly recruited either. He goes by the name of Patrick White. He turned out to be quite alright, didn’t he?

That’s not to say Lowe is the next Pat White, but the fact that he’s still in the mix for this quarterback job says a lot about his ability. Remember it took White up until a game against Louisville for him to unseat Adam Benarik and become the full-time starter. A triple-overtime thriller that goes down as one of the big wins in Mountaineer history. There’s something to be said about a dual-threat quarterback coming off the bench to give a team a spark.

Even if Lowe doesn’t initially win the job he still has four years of eligibility at WVU. Before it’s all said and done look for Lowe to get his shot to lead the Mountaineer offense.

The fact that Neal Brown brought a true blue chip quarterback in Austin Kendall and still hasn’t named him the starter as of August 19th shows that the Mountaineers are loaded at quarterback. Neal Brown knows how to win and he just might have the tools to do so quicker than a lot of people are expecting.