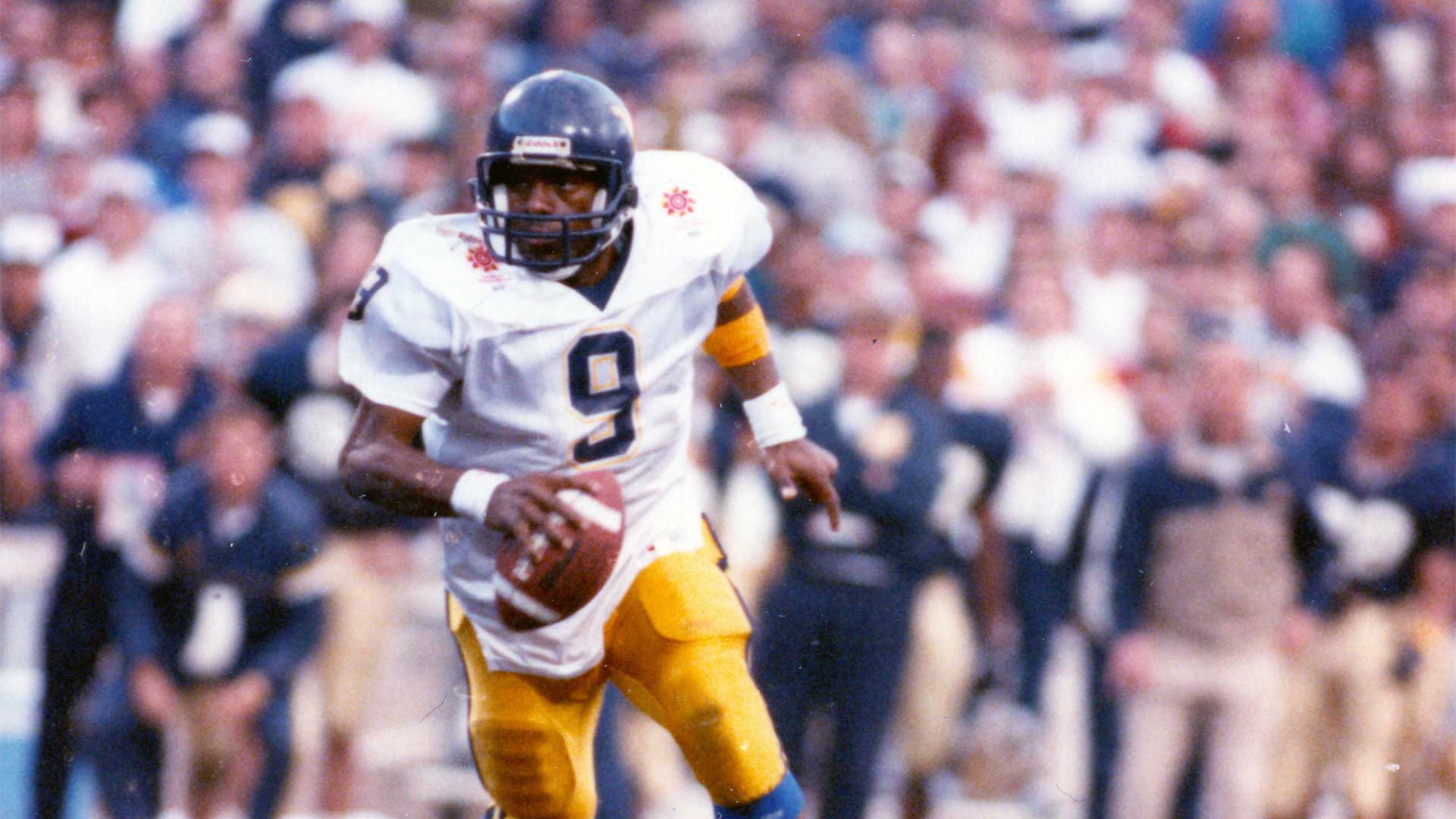 Major Harris was one of the most dominant players in college football, a Heisman finalist two years in a row, a relative God in Morgantown and rather than returning for one more final year at WVU, he unknowingly made a decision that would affect him for the rest of his life.

Thirty years later and it still doesn’t make much sense.  During a news conference following his Junior year at West Virginia University, Major Harris announced:  “With some sense of regret, I am making myself available for the NFL draft and professional football.  I do it because it’s a great challenge, a great opportunity and a great benefit for me and my family.”

Major Harris was one of the most dominant players in college football, a Heisman finalist two years in a row, a relative God in Morgantown and rather than returning for one more final year at WVU, he unknowingly made a decision that would affect him for the rest of his life.

Harris later admitted that he never expected to get drafted.  Not after working out with and speaking with NFL teams.  Harris told UPI back in 1990, “‘I didn’t think I would get drafted, I could just tell.  I never got a phone call from an NFL team in my life.”  He did get drafted.  He was selected 317th overall in the 12th round of the 331 player 1990 NFL Draft by the Los Angeles Raiders.  He was the 19th of 20 quarterbacks selected in the draft.

Jeff George, the gun-slinging quarterback from Illinois, was the #1 overall pick in that year’s draft.  George threw for 6,212 yards and had 35 touchdowns and 35 interceptions as a collegiate player.  He had a very strong arm and questionable decision-making abilities.  His passer rating was 116.8 during his career and his record as a starting quarterback in college was 19-14-2.

Major Harris had 5,119 yards passing with 41 touchdowns and 26 interceptions during his career with the Mountaineers.  His passer rating was 144.3 in his three years in Morgantown.  He also ran for 2,058 yards in his career.  Harris’ record at WVU was 25-10-1.

The obvious difference between George and Harris was that George was a prototypical pro-style quarterback.  He was 6’4, had a strong arm and was a straight pocket passer.  Harris was 6’0, with a strong arm but limited accuracy according to scouts and made most of his plays outside the confines of the pocket.  Remember, this was 1990, not 2019 where an undersized player like Kyler Murray could be drafted #1 overall.

It didn’t help that Harris ran a disappointing 4.98 and 5.02 in the 40 at the NFL Scout Combine.  Scouts despised his throwing motion and said that his wind-up was not practical in the NFL.  His creative play outside of the pocket would not translate to the NFL, according to scouts, and he wasn’t a strong enough passer to be a traditional drop-back quarterback.  In other words, his talents would be wasted in the NFL.

NFL scouts are known to be short-sighted and obsessed with numbers and measurements that don’t often matter, but this was particularly the case back in 1990.   Harris’ intangibles were off the charts, though.  Major Harris was a winner and an unbelievable football talent.  When asked what his strengths were, Harris replied, “Getting the ball into the end zone.”

If he could go back to the day he made the announcement that he would not return to WVU, back on that cold day in February 1990, would he do it all over the same way, or would he simply choose to come back for one more ride in Morgantown?  Does 51 year old Major Harris see what 21 year old Major Harris couldn’t then understand?

Why Harris ultimately decided to leave is not exactly known.  Maybe it was the money, maybe it was for a new challenge, perhaps it was the rumored issues with then-Head Coach Don Nehlen that pushed him out.  Only Major Harris knows.

As is the case with Sagaba Konate, it’s difficult for young athletes to appreciate and understand what a true blessing, what a beautiful opportunity a Senior season in front of adoring Mountaineer fans is until it’s gone.  Konate will learn this hard lesson soon.  Harris, one of West Virginia’s most beloved and talented athletes, has unfortunately lived with it for over 30 years now.

How did Dana Holgorsen last so long at WVU?
WVU Loses Two-Sport Signee to Milwaukee Brewers