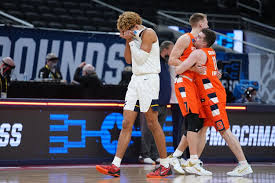 The men’s basketball season is now over for the Mountaineers.  We had such high hopes, but those hopes came crashing down Sunday evening as the Mountaineers just couldn’t seem to stop runs by the Orange or score steady enough not to be forced to go on runs of their own.  The game seemed to be one of drought or feast, unfortunately, time ran out before we could overtake the Orange one final time.

I had been ready to celebrate along with all other Mountaineer fans.  I was in my chair in front of the TV with my favorite beverage (Frostie Root Beer) by my side.  My Mountaineer gear was all around me to let everyone know I was a West Virginia fan, just in case there was any doubt.

How many of you, like me, were watching in eager anticipation of advancing on to the sweet 16?  However, as that final buzzer sounded, all hope was lost. 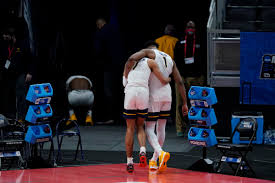 Some people look for someone to blame and act as though if they were in charge, or if they were playing, we would have won.  To those people I would say, there’s a reason you’re not in charge, or ask, “What major college team did you lead to a national championship?” 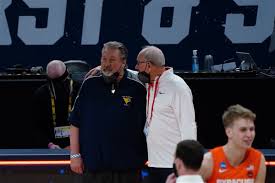 Worse yet, there are those who are despicable enough to do what it appears some fans did to one of our starters, Emmitt Matthews.  Brad Smith posted earlier on the Mountaineer Sports Facebook Page about the subject.  To those people, I would say, in all seriousness, seek help for your mental disorder.  Those kinds of actions are so far beyond normal or acceptable that you need help as soon as possible.

Who is to blame for the loss yesterday?  Which one of the players or coaches did not want to win the game and advance in the tournament?  Obviously, they all wanted to win.  Is making mistakes, or missing shots, an indicator that a player did not want to win?  If that’s the case, then Syracuse didn’t want to win either, because they missed shots too.

The point is no one is to blame.  The Mountaineers gave it their best shot and it simply wasn’t good enough.  Coach Huggins did his best to put the players in a position to win, and they were in a position to win that game.  However, he cannot take the court, and even when he did in his days as a Mountaineer point guard, he missed shots.

One of these days the Mountaineers are going to win it all, and when they do you’ll leap into the air and shout and scream and revel in the feeling.  When that happens, I hope you don’t spill your favorite beverage all over yourself because even in celebration no one is perfect.