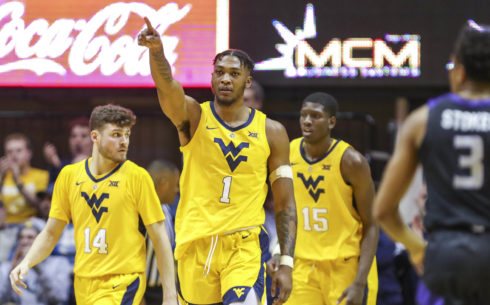 What Doesn’t Kill You Makes You Stronger

Okay folks, it was a tough year, not what we expected for our Mountaineer basketball program. A year that saw such promise, pre-season #7 in one poll

What Doesn’t Kill You Makes You Stronger

Okay folks, it was a tough year, not what we expected for our Mountaineer basketball program. A year that saw such promise, pre-season #7 in one poll, hit the proverbial skids right out of the gates against a tourney bound Buffalo squad and ending in a loss to Coastal Carolina after a university buy in to the (I say this with total embarrassment) CBI tournament.

A season of total dysfunction as a team, and now the dismantle and rebuild has begun.
We as fans rode the roller coaster from start to finish. We hung with our guys through tough losses, and humiliating 30 point trouncings. It’s what we do as Mountaineer fans. We could see Coach Huggins disgust on the sidelines. We knew there were deep issues…we weren’t blind to it. Practices and games become punishment when you’re dealing with cancerous attitudes and Huggs finally had had enough. Getting rid of Wes Harris, and Esa Ahmad had to be an extremely freeing decision.

The rise of the young guys was a hopeful time for the WVU faithful. We as fans got a little excited to have these young underdogs to root for. Watching Culver, McCabe, and Matthews Jr. get quality time and grow as a group, and seeing Haley become a more aggressive scorer was exciting.
Their growth as a group down the stretch was fun but we all knew that a dismantling was coming.

With Culver’s spot solidified, Tshiebwe coming in, and the hope of a Sags Return, letting Gordon go was a no brainier. Keeping Routt but not renewing his scholarship would open up a spot as well. Beetle could see the hand writing on the wall and realized that his spot next year wasn’t going to he what he was looking for. A transfer to Alabama works out well for him. Lamont West chosing to leave was disappointing but it’s been a rocky road for him too. Trey Doomes was never going to fit in with the system. He’s got talent but if being a role player isn’t going to work it’s best to move on and open up the spot. How and if Coach Huggins promoted these departures are good questions…but we all know that Huggs has a plan.

This may not be the end of the departures. With the two JC transfers coming in both being scoring guards, one at the point, and the possible addition of Rayjon Tucker, another 6’5” JC scoring threat, as well as Miles Bridges, we have to ask will Knapper stay?

As Huggs brings in these JC transfers we get to see stat lines and video clips. Almost all of these are of offensive highlights. It brings to mind flashes of Teddy Buckets. Yes they can score, but can they play D? Teddy couldn’t guard a chair…let’s hope that these new guys bring us some defensive help. With the departures and additions we still need someone at the head of the press. Jonathan Holden ain’t walking through that door! Harris and West were experienced at the head of Huggs press. Finding the right guy to fill that spot is crucial.

They say that “what doesn’t kill only makes you stronger”, well if that’s true us Mountaineer fans should be Hulk like after this past season. Love our guys, but it was hard to watch.

Mountaineer Nation United?
Bob Huggins’ Revamped, Determined Juggernaut of a Team Will Be Ready for War!