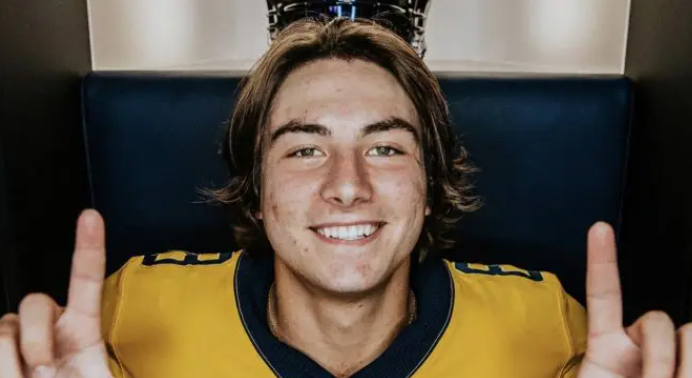 Marchiol, one of the top quarterbacks in the country, refused to let his team lose.  Down 24-7 with only 1:10 seconds left, he somehow found a way to win!

Hamilton (3-0) kicked a field goal with 1:06 left to to cut the lead to 24-10.  Hamilton then executed a perfect onside kick, got the ball back, and Marchiol threw a a touchdown pass to tight end Michael Masunas with 30 seconds left to cut the score to 24-17.

Then, after another successful onside kick, Marchiol quickly led his team 48 yards, ending it with a 22-yard strike to sophomore running back Nick Switzer with eight seconds to play cut it to 24-23.

Hamilton went for the two point conversion where Marchiol ran it in for the touchdown to win the game!

It was a truly unbelievable win for Marchiol and his Hamilton High team.  Marchiol showed that he’s not only a tremendous athlete, he’s also an incredible winner.  West Virginia and Neal Brown got a really good one coming in next year!